Thousands of protesters have staged a mass rally in Yemen’s northwestern province of Sa’ada to express their outrage over the United States and the Israeli regime’s fiendish policies and criminal acts against Muslims.

Massive crowds of people marched along streets in the provincial capital city of Sa’ada on Friday, waving Palestinian flags alongside Yemeni ones and chanting slogans in solidarity with the Palestinian cause.

They rejected Washington’s policies and those of its allies in the Middle East region, as they held up pictures of late leader of Yemeni Ansarullah movement Sayyed Hussein Badreddin al-Houthi and chanted “Death to America” and “Death to Israel.”

“We will continue to shout the slogan of freedom to confront the criminal policies of the United States and Israel against nations of the Muslim world. We call on all Muslims to launch a campaign to boycott American and Israeli goods and products,” a final communiqué read.

It added, “It is necessary to confront the enemy’s aggression and to provide financial and manpower assistance to battlefronts in order to force the enemy to stop its aggression against our country.”

“The Yemeni people are ready to be an integral part of the holy al-Quds (Jerusalem) equation as announced by Hezbollah Secretary-General Sayyed Hassan Nasrallah,” the statement concluded.

Speaking in a televised address broadcast from the Yemeni capital city of Sana’a on Thursday, Ansarullah leader, Abdul-Malik al-Houthi, emphasized that Yemenis are part of al-Quds equation and will be effectively present in the battle against the Israeli regime.

The Ansarullah chief then praised Iran as the main supporter of resistance front in the region.

“The Takfiri conspiracy that targeted Syria, Hezbollah and the Iraqi people was a plot at the service of the United States and Israel,” the Ansarullah head said.

Houthi stressed that a peaceful solution to Yemen conflict can be achieved once the Saudi-led coalition ceases it military aggression and brutal siege against the impoverished Arab country.

Saudi Arabia, backed by the US and regional allies, launched a devastating war on Yemen in March 2015, with the goal of bringing the government of former Yemeni president Abd Rabbuh Mansur Hadi back to power and crushing the popular Ansarullah movement.

The Saudi war has left hundreds of thousands of Yemenis dead, and displaced millions more. The war has also destroyed Yemen’s infrastructure and spread famine and infectious diseases across the country.

Separately, Palestinians are expected to hold demonstrations across the occupied West Bank under the banner of “Friday of Rage,” in condemnation of imminent forced expulsions of dozens of Palestinians from their homes in the occupied East Jerusalem al-Quds neighborhood of Sheikh Jarrah and Silwan.

Silwan, home to about 33,000 Palestinians, is located outside the walls of the Old City of Jerusalem al-Quds and barely 5 kilometers (2.4 miles) from Sheikh Jarrah neighborhood, where protests against planned expulsions led to the Israeli onslaught on the Gaza Strip.

At least 260 Palestinians, including 66 children, were killed in the Israeli bombardment of the Gaza Strip in 11 days of conflict that began on May 10. Israel’s airstrikes also brought widespread devastation to the already impoverished territory.

The Gaza-based resistance movements responded by launching over 4,000 rockets into the occupied territories, some reaching as far as Tel Aviv and even Haifa and Nazareth to the north.

The Israeli regime was eventually forced to announce a ceasefire, brokered by Egypt, which came into force in the early hours of May 21. 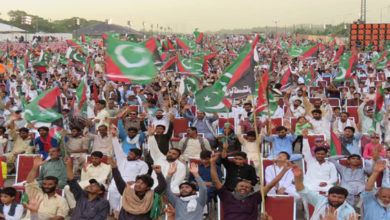 Saudi airstrikes killed at least 136 in Yemen over 11 days 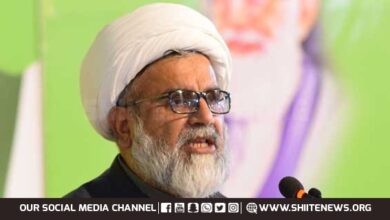