The main committee of the Shura Council on Saturday held a meeting chaired by the council’s chairman, his deputy and the executive director of the Yemen Oil Company. The meeting discussed the report of the Yemeni Oil Company in light of the aggression’s continued detention of oil derivative ships and unloading of their cargo at Hodeidah port.

The Shura Council Chairman praised the efforts of the Yemeni Oil Company in providing oil derivatives with the available capabilities and alleviating the suffering of citizens. The director of the Yemen Oil Company reviewed the company’s report on the disastrous effects of the continued obstruction of the entry of oil derivative ships through the ports of Hodeidah and Ras Issa. He referred to the arbitrary measures and acts of piracy carried out by the US-Saudi aggression against the ships of oil derivatives, the suffocating siege on civilians and misleading the world public opinion by deluding the continued entry of fuel to civilians through the port of Hodeidah to cover their needs, which has not happened at all.

The report included the measures taken by the Yemeni Oil Company to mitigate the catastrophic effects of the continued detention of oil derivative ships. In this context, the main committee of the Shura Council affirmed that the Shura Council will continue to address the Senate and the corresponding Shura Councils in the world and international organizations, and coordination of official efforts by exerting pressure on international organizations to carry out their humanitarian responsibilities, leading to an end to the aggression and blockade, and to allow the entry of oil derivative ships to unload their cargo at Hodeidah port.

The meeting commended the positions of the President of the International Council for Supporting Fair Trials and Human Rights, Dr. Abdul Hameed Dashti , in support of the injustice of the Yemeni people as a result of the continued aggression and siege by the Aggression Coalition, in international forums, especially the Human Rights Council in Geneva. 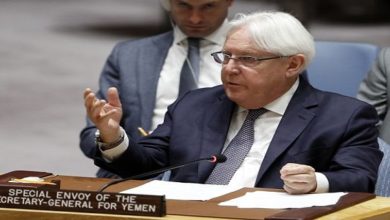