Egypt’s army says 20 suspected militants have been killed in an air raid in the country’s western desert and during gun battles in the restive Sinai Peninsula.

The military said in a statement on Wednesday that the aerial attack in the western desert targeted an area being used as a “sanctuary and launching point for carrying out hostile actions,” claiming the lives of seven “highly dangerous” militants.

Meanwhile, gun battles broke out between Takfiri militants and the security forces in North Sinai and an area of central Sinai, leaving another 13 militants killed. The statement added that 18 others were arrested in the peninsula.

It was not clear when the operations took place.

The operations come as part of a campaign to eradicate insurgents behind a wave of violence which began in February.

The campaign was ordered by President Abdel Fattah el-Sisi in the wake of an attack on a mosque in November 2017, when hundreds of worshippers died.

Over the past few years, terrorists have been carrying out anti-government activities and fatal attacks, taking advantage of the turmoil in Egypt that erupted after the country’s first democratically-elected president, Mohamed Morsi, was ousted in a military coup in July 2013.

The Velayat Sinai group, which is affiliated with Daesh, has claimed responsibility for most of the assaults. The group later expanded its attacks to target members of Egypt’s Coptic Christian community as well as foreigners visiting the country, prompting Cairo to widen a controversial crackdown, which critics say has mostly targeted dissidents.

The ministry on Wednesday did not link the militants to any specific group and did not mention any casualties among the security forces.

Egyptian police forces on August 25 also killed four suspected terrorists who had tried to carry out an attack on a police checkpoint in the north of the Sinai Peninsula. 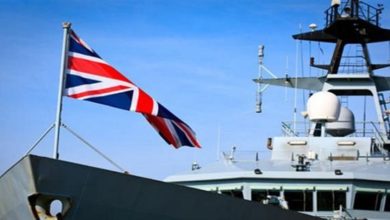