A series of mini or macro nuclear weapons were used to blow apart the Twin Towers from the top-down on September 11, 2001, American scholar James Henry Fetzer, who has extensively researched the 9/11 attacks, said in September 2017.

Fetzer, a retired professor at the University of Minnesota who currently resides in Madison, Wisconsin, made the remarks while commenting on the sixteenth anniversary of the September 11 attacks that killed three thousand people in New York, Islam Times reported.

In September 2017, US President Donald Trump presided over his first 9/11 commemoration in office. He and his wife, Melania, observed a solemn moment of silence at the White House and later at the Pentagon. Trump called the occasion “extraordinary.”

“Our values will endure. Our people will thrive,” Trump declared, speaking at the Pentagon.

“Our nation will prevail and the memory of our loved ones will never, ever die,” continued Trump, who before becoming the president repeatedly questioned the official version of the 9/11 attacks.

US officials asserted that the attacks were carried out by 19 al-Qaeda terrorists but many experts raised questions about the official account.

They believed that rogue elements within the US government orchestrated the 9/11 attacks in order to accelerate the US war machine and advance the Zionist agenda.

“The terrorists who attacked us thought they could incite fear and weaken our spirit but America cannot be intimidated,” Trump said, embracing the official version of 9/11.

“The terrorists who attacked us thought they could incite fear and weaken the spirit. Those who try will soon join the long list of vanquished enemies who dare to test our mettle,” he continued.

Professor Fetzer said after hijackers crashed planes into New York’s World Trade Center and the Pentagon, Trump became “the first personality in the world to contest the official version of the attacks of 9/11.”

“On a local New York television that day, after having noted that the engineers who built the Twin Towers were now working for him, he declared on New York’s Channel 9 that it was impossible that Boeings could have burst into the steel structure of the tower,” he stated.

“He continued by stating that it was also impossible that the Boeings could have caused the towers to collapse. He concluded by affirming that there had to be other factors which we were as yet unaware of,” the analyst said.

“But which we now know today included the use of a series of mini or macro nukes to blow apart the Twin Towers from the top-down where they were converted into millions of cubic yards of very fine dust, which is a classic indication of the use of nuclear weapons,” he said.

“And when all was done there was nothing in their footprint, no massive piles of debris unlike Building 7, which was brought down by a classic controlled demolition. It was hit by no planes at all,” the researcher said.

“The use of mini or macro nukes, by the way, has also been confirmed by US geological surveys studying samples from 35 locations in Manhattan where they discovered elements that in their quantity and correlation were indicative of the use of nuclear devices — barium, and strontium, thorium, and uranium, lithium, lanthanum, nitrium, chromium, tridiam, some of which only exist in radioactive form,” Professor Fetzer said.

“And where as of today as many as 70,000 of first responders and residents of the area have suffered debilitating diseases associated with exposure to ionizing radiation, including pancreatic cancer, esophagus cancer, leukemia, multiple myeloma and others, highly analogous to the experiences of the residents of Chernobyl when the nuclear disaster occurred,” he stated. 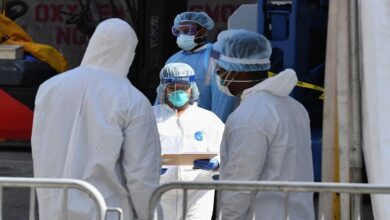 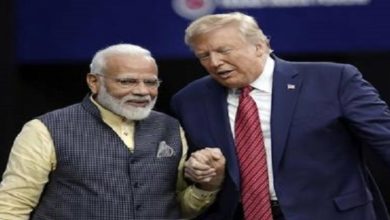 Washington May Ask India to Provide Military Base Against Iran