Over a dozen people have been killed in Indonesia’s second city of Surabaya when bombers on motorcycles blew themselves up outside a police headquarters only a day after a string of deadly Daesh terror attacks targeted three churches there.

The explosions took place at a checkpoint outside the building on Monday morning, leaving at least 14 people dead, including four police officers and six civilians.

Police spokesman Frans Barung Mangera explained that “there were four perpetrators riding two motorcycles who have been confirmed dead, their identity is still being verified,” adding, “A child who was with them, an eight-year-old girl… has been taken to the hospital.”

Police Chief Tito Karnavian later told a news conference that the bombers were members of the same family.

Earlier in the day, three people were also killed when a bomb prematurely went off in an apartment in the East Java city of Sidoarjo. Police said those killed were the perpetrators.

The incidents follow a string of horrific deadly attacks, which were carried out by a family of six against three churches a day earlier.

The fatalities from Sunday’s attacks, which were claimed by Daesh, reached 14 overnight. More than 40 people were also wounded.

How did the family bomb churches?

According to police investigations, the father, identified as the JAD head Dita Oepriarto, dropped off his wife, Puji Kuswat, and two daughters at the he Christian Church of Diponegoro, where the three blew themselves up on Sunday morning.

Citing a security guard, the Associated Press said the woman had arrived at the church carrying two bags, and forced her way inside, ignoring the guards.

“Suddenly, she hugged a civilian, then [the bomb] exploded,” said the eyewitness.

Minutes later, Oepriarto, who was driving an explosives-laden van, arrived into the grounds of Surabaya Centre Pentecostal Church, and detonated the vehicle. The sons also hit another church.

According to the police chief, the family was among hundreds of those that had recently returned from Syria, where the Daesh terror group first emerged in 2014 before losing all the territory it had captured some three years later.

President Joko Widodo, who visited the scene of one of the attacks, said the “cowardly actions” were “very barbaric and beyond the limit of humanity.”

He also ordered police to “look into and break up networks of perpetrators.” 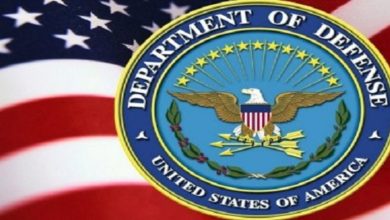 Gulenist steals millions of dollars from US Department of Defense 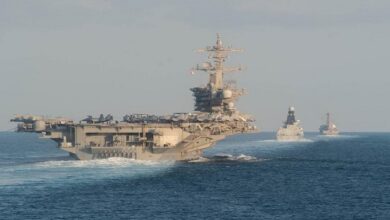 UK mulls ban on return of Takfiri nationals from Mideast