The leader of the Islamic Movement in Nigeria (IMN), Sheikh Ibrahim Zakzaky, has turned down a government proposal to halt his activities in return for his release from prison, Press TV has learned.

Zakzaky’s wife said the senior Muslim cleric had stressed that he would not give up the decades-long activities of the Islamic Movement.

His wife described the proposal as another plot to keep Zakzaky in prison.

Despite the ruling of a Federal High Court, which ordered his unconditional release in 2016, the Nigerian government has refused to set him free.

The top cleric lost his left eyesight in a raid which was carried out by the Nigerian army on his residence in the northern town of Zaria in December 2015.

During the raid, Zakzaky’s wife sustained serious wounds too and more than 300 of his followers and three of his sons were killed. Zakzaky, his wife, and a large number of the cleric’s followers have since been in custody.

Zakzaky has been charged with inciting public disturbances, something his movement vehemently denies. 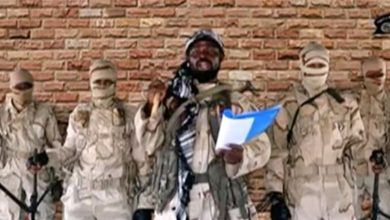 US uses terrorism as a tool in Afghanistan: Ex-diplomat