While the operation to retake Iraq’s city of Mosul from ISIS terrorist group continues massively by a coalition of Iraqi forces, the most important issue calling attention of the Western media is consequences of ISIS’ exit from Iraq and the degree of its effects on the domestic security of the Western countries, especially that the West has repeatedly experienced the bitter taste of terrorism as ISIS loyalists carried out terrorist attacks there. In fact, the West now is majorly concerned about the fact that what will happen to a large number of foreign terrorists who will be dispersed away once ISIS terror organization is defeated, as the records of those who travelled to Syria and Iraq for fighting are not clear to the Western security authorities, and actually the Western security services are far from being able to identify all of the elements of the terrorist group. A best confirmation for this is the terrorists who easily cross the borders into the European countries through blending in with the refugees.

On the other side, the speed and nature of the groups of militants who joined ISIS to fight in Syria and Iraq are different. The possibilities of threats remain high. The possible threats could be a mix of different elements. Very likely, the threatening sources will continue existing through a mixture of fighters who come back home and consider the days of their war as gone and those who are secretly in charge of founding terror networks and conducting terrorist attacks. For some time, tracking these returned ISIS fighters and at the same time taking measures to prevent likely terror acts by them across Europe will be a source of major trouble and concern for European leaders.

Meanwhile, it is also likely that ISIS terrorists from the Arab world, Southeast Asia, Central Asia, Russia, and North Africa return to their home countries. In some of these countries, the arrival of the well-trained and experienced militants could be so large in number that it will be difficult for the security services to watch and track them down all at once. This issue will cause violence and instability in these countries, and in some cases the Western nationals in these countries will be main targets of assaults.

According to recent reports, the number of the regular terrorist militants who want to leave territories of the self-proclaimed caliphate of ISIS terror organization is on the rise. Now liberation of last stronghold of ISIS in Iraq will deal a heavy blow to the image of the terrorist group as a powerful organization that manages a state with big cities. The blow will scale down ISIS’ attraction for those who seek joining the terrorist group, and at the same time will increase the number of terrorists who leave the group.

In the eyes of the West, in such conditions a moment of negligence might grant the terrorist group an opportunity to reorganize and restore activities this time in the Western countries, especially that in the past the West proved unsuccessful in curbing the terrorists and saw its cities under threats of security breaches and terrorist attacks. Therefore, it is possible that the covert strategy of the Western states will be preventing retaking of Mosul from ISIS by the Iraqi forces and actually keeping the terrorist group in the city or at least pushing terrorist into Syria. In fact, it appears that the favorable scenario of the West is to keep ISIS alive within the borders of West Asian region as part of effort to prevent the ISIS fighters from returning home. This scenario actually means that West Asia and its people must be sacrificed for the westerners’ security. 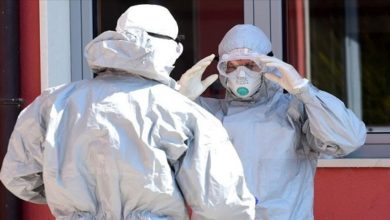