UK Prime Minister David Cameron has made an unannounced visit to the Lebanese capital of Beirut, where he is expected to inspect a Syrian refugee camp and meet with his Lebanese counterpart Tammam Salam.

The surprise visit by the top British official on Monday comes amid the persisting flow of tens of thousands of Syrian refugees to Europe.

The official objective of Cameron’s visit and his discussion with Prime Minister Salam has not yet been revealed. This is as the UK continues to support and play host to Syrian opposition forces, which have waged a deadly war on the Arab country since 2011, prompting the massive flow of displaced refugees from the country to neighboring states as well as European shores.

The development comes as the British premier said earlier this month that the UK will accept up to 20,000 refugees from war-torn countries, including Syria, over the next five years. London is, however, under fire for not accepting more refugees.

Lebanon alone hosts more than 1.1 million refugees from neighboring Syria, which is equivalent to nearly a quarter of Lebanese entire population.

Lebanon has also been targeted by numerous attempts by Syria-based Takfiri terrorist groups such as Daesh and the al-Qaeda-linked al-Nusra Front, which have expanded their foreign-backed war against Damascus into the Lebanese territory by carrying out a number of terror bombings and armed attacks on the country’s security forces in the past couple of years.

According to local reports, French President Francois Hollande is also expected to pay a visit to Beirut next month in a bid to tour a Syrian refugee camp and meet with Lebanese top officials.

French is also among the Western countries that have been supporting militant groups fighting the Syrian government. 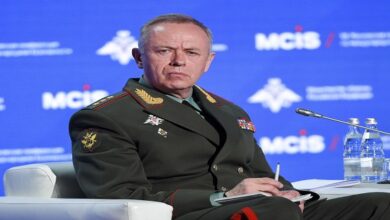 Russia vows retaliatory moves if US deploys missiles in Europe