“What the administration has touted this week in granting sovereign immunity to Mohammed bin Salman is in keeping with the practice of custom of lawsuits involving foreign heads of state,” Cotton (R-Ark.) told Fox News on Sunday. “It would have been a major break if those customs did not grant that kind of immunity.”

The US State Department on Thursday gave bin Salman immunity from the lawsuit despite Joe Biden’s earlier promise to hold the de facto Saudi ruler accountable for the crime.

Citing its constitutional authority as well as customary international law, the State Department said, “Prime Minister bin Salman as a sitting head of government is immune while in office from the jurisdiction of the United States District Court in this suit.”

Amnesty International on Friday condemned the Biden administration and called the act “a deep betrayal.”

“The US government should hang its head in shame. This is nothing more than a sickening, total, deep betrayal,” Amnesty’s Secretary General Agnes Callamard said in a statement.

“First the evidence of the Crown Prince’s involvement in Jamal Khashoggi’s murder was disregarded by President Trump, then President Biden’s fist bump — it all suggests shady deals made throughout.”

The US intelligence community previously concluded the killing of Khashoggi, a Saudi dissident, was ordered by the crown prince.

But Cotton claimed other regimes had done worse, and that Washington could not be too fastidious with its foreign partners.

Khashoggi, who was murdered and dismembered by a Saudi “hit squad” at the kingdom’s consulate in Istanbul on October 2, 2018, used to be a vocal critic of the Saudi regime and the crown prince.

According to reports, he was lured into the diplomatic mission under the pretext of being provided with papers for his wedding. He was suffocated and dismembered while his fiancée waited outside for him.

Biden vowed during his presidential campaign to make Saudi Arabia a “pariah” following Khashoggi’s killing, but he reversed course in July as he traveled to the country and gave a fist bump to bin Salman.

Fred Ryan, the publisher of The Washington Post, has blasted Biden for both the trip and the recent move to grant the crown prince immunity.

“He is granting a license to kill to one of the world’s most egregious human rights abusers,” Ryan wrote of Biden.

Cotton said that federal laws have changed to allow US citizens to sue governments that sponsor terrorist attacks, but he pointed out those changes don’t apply to the Khashoggi case.

“When you’re talking about individuals who are at the head of a foreign government, it’s been customary for decades to grant them immunity,” Cotton said. “So it would be a major break and another effort in the campaign to alienate and ostracize Saudi Arabia not to recognize this traditional kind of immunity.”

“The reason why there was a grant of sovereign immunity, even to leaders we don’t like, is as much to protect American leaders and American diplomats when they’re posted abroad from being subject to Saudi Arabian law or Russian law or South African law,” Warner told Bream. “So, this has been historical precedent.”

Saudi Arabia initially issued conflicting stories about Khashoggi’s disappearance, but eventually said that he had been killed in a “rogue” operation.

Despite denials by Riyadh, some Western governments and spy agencies said the crown prince had ordered the assassination, causing a global uproar.

The CIA in its report also concluded that the murder was directly ordered by the Saudi de-facto ruler, and the claim has been corroborated by many leading global human rights organizations.

The US president said in July he told the Saudi crown prince that he hold him responsible for the murder of Khashoggi.

The 37-year-old crown prince refused to own responsibility for the diabolic crime.

“He basically said that he was not personally responsible for it,” Biden said of the crown prince’s response. “I indicated that I thought he was.”

Energy interests, however, prompted the US president and his allies to decide not to isolate the Persian Gulf country that has been seeking stronger ties with Russia and China.

Apart from sanctions on some lower-ranking Saudi officials, no other punitive measures have been taken against the kingdom. 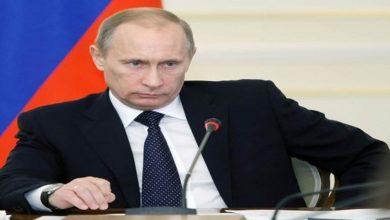 American strategic analyst: Lessons we can learn from Imam Hussain 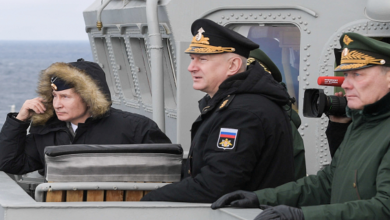