Even though Russia is going through new trials and tribulations, they are being tackled and will be overcome, the Russian President said during his meeting with military college graduates Tuesday.

The head of state spotlighted the courage and professionalism of the service members involved in the operation in Ukraine and assured that the armed forces would be reinforced and become even more vital. Here are the introductory statements made by Russian President Vladimir Putin.

“The state is undergoing another set of trials, yes, there are restrictions, and they are indeed being overcome in various ways, but they are being tackled and will be overcome,” TASS cites the head of state.

According to Putin, Russian history never saw a time when its people could “feel like they don’t have to do anything, like in some country, prosperous, but barely noticeable on the world map.”

“Russia has always gone through some trials and tribulations always, in order to achieve a goal, we must go through certain hardships. But, as you know, a journey of a thousand miles begins with a single step”.

“Today’s officers and soldiers protect Donbass from neo-Nazis, fight for peace and security for our people, for Russia’s right to sovereign development. We are proud of that, during the special military operation, our fighters act bravely, professionally, like real heroes. Russian fighters of various nationalities fight side by side,” Putin stressed.

“We will keep developing and strengthening our Armed Forces taking into consideration potential military threats and risks, and we will improve their combat power based on the lessons of modern armed conflicts,” Putin said.

Russia’s Army and Navy “are already being enhanced in all important segments,” Putin said, adding that “there are no doubts that we will become even stronger.” Putin said that Russia’s priorities would be equipping the nation’s military with new weapons, like the S-500 air and missile defense systems already being commissioned.

“We have carried out a successful trial of the Sarmat heavy ICBM. We expect the first such system to be commissioned before the end of this year,” he noted.

The military will have to “widen the use of robotics, the latest means of command and reconnaissance, and drones” and “actively develop weapons based on new physical principles,” including “laser, electromagnetic and other types of weapons.

“Of course, working with the staff is the most important task,” the Russian leader emphasized. “I will quote a renowned military theorist, General Mikhail Dragomirov: ‘devotion to the Homeland and interests of the common cause are the main goal of a military education.” 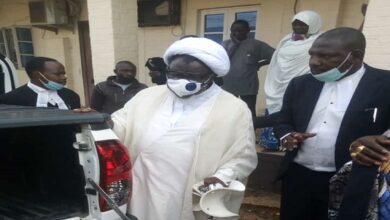 Sheikh Zakzaky, wife acquitted of all charges, freed from jail 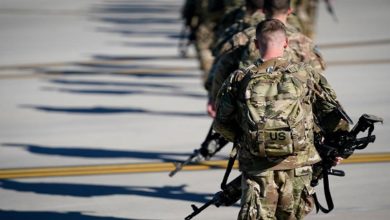