Informed sources announced that the Russian forces in Qameshli Airport in northern Syria are introducing new military reinforcements to their base.

The sources noted that the reinforcements include a chopper and military aircraft that landed at the airport, stressing that these reinforcements arrived as part of a Russian plan to reinforce military presence in northeast Syria.

Russian Foreign Minister Sergey Lavrov said on Thursday that Moscow would continue to support the Syrian leadership in restoring the entirety of Syrian land.

This new development comes after an announcement by Turkish President Recep Tayyip Erdogan, who said that he plans on launching military operations to combat “terrorism” at Turkey’s borders, adding that the decision regarding these operations will be resumed soon.

Erdogan clarified that his government will begin to take new steps to control a 30 km-deep buffer zone in northern Syria and highlighted that the priority will be given in the military operations to the areas witnessing attacks on regions where the Turkish army is deployed.

Syria’s Foreign Ministry protested, in a letter to the UN Secretary-General Antonio Guterres, and the UN Security Council, against Turkey’s plan to build a buffer zone on Syrian soil, stressing that this constitutes a form of colonization. 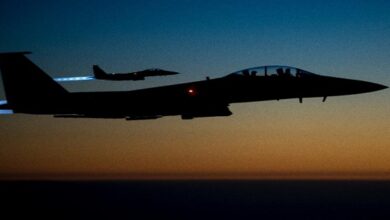 Islam Will Be Largest Religion in World by 2070: Report