A senior official from the administration of US President Joe Biden has said that Russia arrested the hacker who was responsible for the massive Colonial Pipeline cyberattack last year.

“We understand that one of the individuals who was arrested today was responsible for the attack against Colonial Pipeline last spring,” the senior administration official told reporters on Friday.

Russia’s Federal Security Service, the FSB, on Friday announced that it arrested 14 of members of the REvil ransomware gang.

Unknown hackers took down Colonial Pipeline in May last year and disrupted fuel shipments to gas stations all along the US east coast. About a month later, the cyberattack against JBS, the world’s largest meat processing company, prompted a temporary shutdown of all nine of its plants in the United States.

“Our expectation is that Russia announced arrests and Russia would be pursuing legal action within its own system against these criminals,” the official added.

The arrests came amid heightened tensions between the US and Russia over Ukraine. US intelligence officials on Friday accused Russia of preparing a false-flag operation in Ukraine to establish the pretext for a potential invasion.

“In our mind, this is not related to what is happening with Russia and Ukraine,” the senior Biden administration official told reporters on the call Friday afternoon. “We’ve also been very clear. If Russia further invades Ukraine, we will impose significant costs on Russia in coordination with our allies and partners.”

The US accuses Russia of planning an invasion of Ukraine amid a military buildup near the border. Moscow rejects the allegation and insists that its deployments are defensive in nature. Recently, Moscow has been especially unsettled by the prospect of Ukraine being admitted to NATO and has warned of serious measures to counteract that scenario.

Last month, the Russian government put forth a number of security guarantees that it said it wanted from the West, in particular about Ukraine, and offered to take certain measures in exchange. 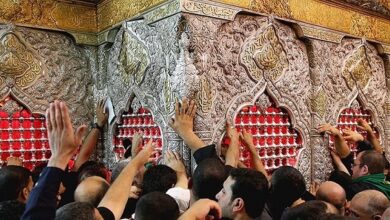