The sacked officials were deputies to former intelligence chief Karim Massimov, who was arrested on suspicion of treason after violent protests swept the oil- and uranium-producing Central Asian republic that borders Russia and China, Reuters reported.

Thousands of people have been detained and public buildings torched during mass anti-government protests in the past week. President Kassym-Jomart Tokayev issued shoot-to-kill orders to end unrest he has blamed on bandits and terrorists.

Russian and state media reported 164 people were killed during the clashes, citing a government social media post. But health and police authorities did not confirm the figure, and the social media post was then deleted.

The internet has been restricted and telecoms patchy, making it difficult to check figures and confirm statements.

No single group has emerged to speak for the protesters. Demonstrations against a fuel price rise began a week ago before erupting into a wider protest against Tokayev’s government and the man he replaced as veteran president, 81-year-old Nursultan Nazarbayev.

Russian President Vladimir Putin and other leaders of CSTO countries will hold a video conference on Monday to discuss the crisis in Kazakhstan, the Kremlin said.

The violence has spurred speculation of a rift in the ruling elite, with Tokayev fighting to consolidate his authority after firing key officials and removing Nazarbayev from a powerful role as head of the Security Council.

The president’s website announced the sackings of Marat Osipov and Daulet Ergozhin as deputy heads of the National Security Committee. It gave no explanation in a terse statement late on Sunday.

Their arrested former boss, Massimov, a two-time prime minister, was seen as close to Nazarbayev. Authorities have not disclosed any details of the allegations against him. He and his lawyer could not be reached for comment.

Tokayev is likely to name new government members when he addresses parliament on Tuesday, his spokesman said.

He awarded prizes for bravery to 16 police and army officers killed in the violence. 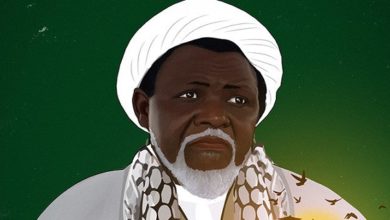