Nigeria’s top military commander has announced the death of Abu Musab al-Barnawi, the head of the West African branch of the Daesh terrorist group.

Chief of Defense Staff General Lucky Irabor said during a press briefing on Thursday that the leader of the Deash West Africa Province (Iswap) was dead. He did not give details on how or when al-Barnawi had died.

“I can authoritatively confirm to you that al-Barnawi is dead. As simple as that. He is dead and remains dead,” Irabor was quoted as saying.

ISWAP has not confirmed al-Barnawi’s death and Nigeria’s army has claimed before to have killed the militant commanders only for them to reappear.

Al-Barnawi is the son of the founder of the Nigeria-based Boko Haram terrorist group, Mohammed Yusuf, who was killed in police custody in 2009 in Maiduguri.

Boko Haram started from an underground African-terrorist group in 2009 and gained ground by killing, kidnapping and looting its way across northeast of Nigeria before pledging allegiance to Daesh.

ISWAP is an offshoot of the Boko Haram militant group that has been fighting against the Nigerian armed forces for 12 years.

Al-Barnawi rose to prominence after breaking away from Boko Haram over differences with its commander Shekau, who according to security sources killed himself in May rather than face capture by his rivals.

Under Barnawi’s leadership, Iswap made territorial gains in northern Nigeria, and the wider Chad Basin, in recent years. It is also active in neighboring countries, including Burkina Faso, Cameroon, Chad, Niger and Mali.

The group has captured several military bases, securing weapons and supplies from regional military forces. Taxes on local residents have also provided it with a source of income, along with its involvement in commercial enterprises like fishing.

Last month, ISWAP militants killed 18 Nigeria security personal in an ambush in northeast Borno state using roadside bombs and rockets in one of the deadliest assaults this year. A week later another eight soldiers were killed when ISWAP militants opened fire with rockets on another convoy also in Borno.

The conflict between ISWAP, Boko Haram and Nigeria’s armed forces has left about 300,000 dead and millions dependent on aid

A rise in the number of attacks by militants in West Africa has led to growing concerns over French military involvement in the region.

Observers have warned that if chaos spreads in the region, it could create a void that would be filled by the Daesh terrorist group.

The current operations by France and its allies have been running across the troubled region since 2014.

The Sahel, the vast semi-desert region that stretches across West Africa, is home to numerous al-Qaeda and the Daesh aligned groups.

African leaders have called for more regional cooperation to tackle the militants but there has also been rising anti-French sentiment and protests in some cities in the region.

Iran deal will not be cancelled under Trump: Senator Corker 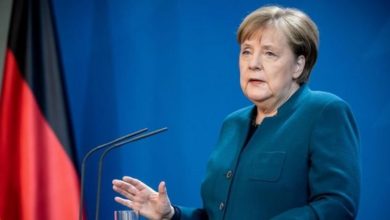