Joe Biden administration’s nod to the sale of $735 million in precision-guided weapons to the Israeli regime has once again brought to light US complicity in the apartheid regime’s crimes in the region.

However, it is not the first such deal between the two all-weather allies, who have been hand-in-glove in some of the most horrendous crimes against humanity in recent times.

The latest military package is part of a long-running project under which the successive administrations in Washington have assisted and helped the Zionist regime in committing despicable war crimes, including in recent weeks.

According to reports, Washington gave $3.8 billion in aid to the Israeli regime in 2020 – which was part of a long-term, annual commitment made under the Obama administration.

All of this was for military assistance, pointing to close collusion between the two sides.

Pertinently, Israeli regime is the largest cumulative recipient of US foreign assistance since World War II.

US has till now provided the Israeli regime $146 billion in bilateral assistance and missile defense funding. At present, almost all US bilateral aid to the regime is in the form of military assistance, according to a report by Congressional Research Service.

The annual US aid to the Israeli regime is part of an agreement signed by former US President Barack Obama in 2016 for $38bn in military aid over the period of 2017-2028, the largest of its kind ever.

US has over the years helped the Israeli regime develop its military infrastructure, and allowed it to purchase the sophisticated military equipment from the US.

For instance, the Israeli regime has purchased 50 F-35 combat aircraft from the US, which are used for carrying out missile attacks, many of which have been already delivered.

Last year, it also bought eight KC-46A Boeing ‘Pegasus’ aircrafts for an estimated $2.4bn, with the US assistance, clearly pointing to its heavy dependence on Washington.

Of the $3.8bn military aid the US gave to Israel in 2020, $500m was for missile defense, including investments in Iron Dome that can intercept incoming rockets.

However, as seen in the latest episode, the much-hyped Iron Dome failed to intercept the retaliatory strikes from the Palestinian resistance movement Hamas.

The failure showed that the staggering amount of US money has proved inadequate to bolster the apartheid regime’s defense capabilities, including the Iron Dome defense system, which has seen around $1.6bn US investment since 2011.

There are several reasons why the US splurges its taxpayers’ money on the Israeli regime, which uses most of it in slaughtering children in the besieged Gaza strip of Palestine.

The most important reason being the powerful Zionist lobby in the political corridors of Washington, which dictates the regional policy of the successive regimes in the US, cutting across the political divide.

While there has been a growing clamor in the US, demanding an end to Washington’s military assistance to the Israeli regime, the dominant discourse is tilted in favor of the murderous regime in Tel Aviv.

The Biden administration, taking a cue from the previous administration headed by Donald Trump, has reaffirmed its commitment to assist the Israeli regime, which is evident from the statements from senior US government officials.

US Secretary of State Antony Blinken on Sunday said the Biden administration remains committed to providing Israel with what it needs to defend itself following the regime’s recent brutal airstrikes on Palestinians.

Presided Joe Biden “has been equally clear we’re committed to giving Israel the means to defend itself,” Blinken said in an interview with ABC.

He also pointed to what he claimed to be the Biden administration’s “relentless, determined, but quiet diplomacy” in the region, saying it’s “what got us to where we needed to be.” 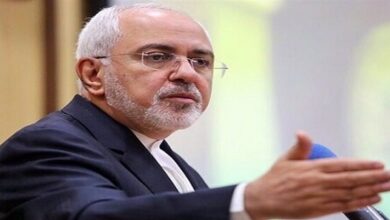 All Trump Sanctions Must Be Removed: Javad Zarif