About 20,000 US troops are to be deployed to Washington, DC for President-elect Joe Biden’s inauguration next week as concerns rise about the likelihood of “extremist violence” ahead of the January 20 event.

“I think you can expect to see somewhere upwards of beyond 20,000 members of the National Guard that will be here in the footprint of the District of Columbia,” Washington Metropolitan Police Chief Robert Contee said on Wednesday.

Earlier this week, Pentagon authorized 15,000 National Guard members to be sent to the District for the inauguration.

The FBI has warned police chiefs to be on high alert and “Overshare Intelligence”, and be mindful of potential lone-wolf actors and local armed groups.

The officials said they would be issuing a national threat bulletin urging all Americans to be cautious in the coming days.

The FBI officials were concerned about potential attacks on business, state capitols, federal buildings and the homes of congressional members, The NYT said.

“They’re very, very worried about these, what they referred to as domestic violent extremists, embedding themselves in other protests,” a police chief said.

“Christopher Wray seemed particularly concerned about what was sort of the disregard these folks have for democratic government. The focus was not to go after people engaged in peaceful protest. There were others embedded in that who were engaged in violence and criminal behavior.”

The FBI has issued warnings of armed protests planned in all 50 US state capitals in the days before January 20.

Last week, Trump supporters launched a deadly assault on the US Capitol, disrupting briefly the certification of the November election results. Five people were killed in the siege.

Security has already been heightened across Washington as the US House of Representatives voted to impeach President Donald Trump a second time. He had been charged with “incitement of insurrection” over last week’s Capitol siege.

Trump issued a statement Wednesday urging supporters to commit “NO violence” in his first message after his impeachment.

“In light of reports of more demonstrations, I urge that there must be NO violence, NO lawbreaking and NO vandalism of any kind,” Trump said.

“That is not what I stand for, and it is not what America stands for. I call on ALL Americans to help ease tensions and calm tempers. Thank You.”

Since the siege, some members of Congress, including Rep. Jason Crow, D-Colo., have requested that Army Secretary Ryan McCarthy review backgrounds of any National Guard troops involved in inaugural security.

Crow expressed “concerns about reports that active duty and reserve military members were involved in the insurrection at The Capitol.” 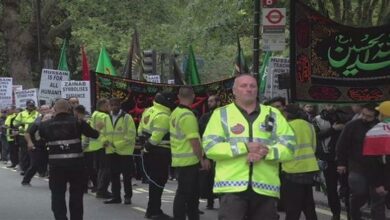 Ashura in London, the hub of Shia Muslims 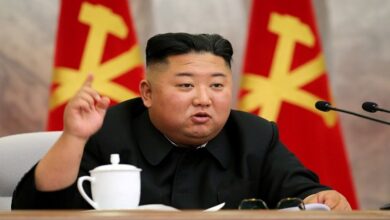 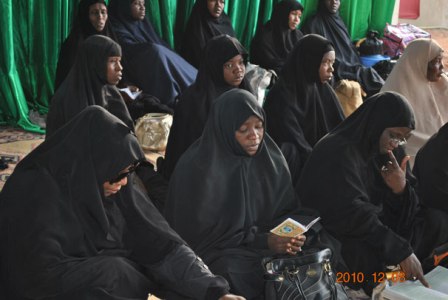 Ashura mourning gathering on the third day in Africa