Spain says its death toll from the coronavirus Virus soared Friday to 1,002 from 767 on the previous day, while Italy overtook China for the highest death toll yet.

Spain’s health emergencies chief Fernando Simon said the number of registered cases in the country rose to 19,980 on Friday from 17,147 on Thursday.

Madrid remains the worst-hit area, accounting for 7,165 cases, or 36 percent of the total infections in Spain, while the number of deaths in the capital rose to 628 — around 63 percent of the national total.

Belgium recorded 16 new deaths because of the coronavirus, for a total of 37 in the country, the biggest daily rise since the beginning of the epidemic, a spokesman for the Belgian health ministry said.

The country added 462 new coronavirus cases on Thursday, bringing the total number of infected in the country to 2257.

Swiss health authorities said the number of coronavirus cases in Switzerland and Liechtenstein has risen by 952 within a day to 4,840 people, with 43 people reported to have died from the disease.

President Emmanuel Macron said France is only at the beginning of the coronavirus crisis and is in a race to curb its progress.

“We are at the start of this crisis. We have taken exceptional measures to absorb this first wave, but we’ve started a race against the virus,” Macron said at the start of a crisis meeting at the interior ministry.

Italy said its death toll from the coronavirus outbreak has undergone a surge in the last 24 hours, overtaking that of China despite strict measures Rome has imposed on its citizens to curb the pandemic.

Health officials confirmed 427 new deaths from COVID-19 on Thursday, which brought the total toll to 3,405 nationwide.

The total number of cases in Italy, the hardest-hit nation in Europe, also rose to 41,035, from a previous 35,713, up 14.9 percent, according to the Civil Protection Agency.

This is while, China where the unknown form of pneumonia first emerged in December, has recorded 3,245 deaths from the virus.

According to an AFP tally based on official data at 1030 GMT Friday, the number of people who have died as a result of the coronavirus pandemic now exceeds 10,000.

China has now effectively brought the epidemic under control, recording zero local transmissions of COVID-19 on Friday for the second day in a row.

The latest figure in Italy, which indicated a faster rate of growth than seen over the last three days across the nation, prompted Prime Minister Giuseppe Conte to extend lockdown measures beyond their original deadlines on Thursday.

“The measures we have taken… must be extended beyond their original deadline,” Conte said.

He imposed national shutdowns on most businesses and a ban on public gatherings on March 12. They are due to expire on March 25.

But school closures and other measures, such as a ban on fan attendance at sporting events, are due to run on until April 3.

The virus, which has also reached Latin America, has infected more than 600 people in Brazil, officials said, explaining that the number of positive cases has more than doubled in two days.

The country has reported seven deaths to date.

The far-right government of President Jair Bolsonaro issued a decree restricting entry of foreign visitors from certain countries, including China, but exempted the United States, where the number coronavirus cases are on a sharp rise.

Those banned include citizens of the European Union, Japan, Australia, Malaysia and South Korea.

The country also began turning away Venezuelans at the border on Wednesday.

The president, who initially described the viral outbreak as a “fantasy,” is under harsh criticism for his lax handling of the health crisis.

Bolsonaro, known as the Trump of the Tropics, has now come under fire for allowing US citizens into Brazil.

The US said cases of the coronavirus have doubled in just 48 hours this week, jumping from about 5,700 on Tuesday evening to 14,250 on Friday morning.

As many as 200 people have died, according to the Centers for Disease Control and Prevention (CDC) which also raised concern over the fact that many of those hospitalized across the US are younger adults.

Brazilian president’s son Eduardo Bolsonaro, a 35-year-old lawmaker, has joined Washington in blaming China for the pandemic. He accused Beijing of concealing information about the spread of the disease.

The US president has previously called COVID-19 “a Chinese virus.” Beijing hit back at Washington, calling on the Trump administration to “immediately stop its unjustified accusations against China.”

Chinese Ambassador Yang Wanming reacted to the accusations in a tweet, which included a since-deleted retweet of a post, describing the Bolsonaro family as a “huge poison” and a suggestion that Eduardo Bolsonaro had contracted a “mental virus” on a recent trip to the United States.

Africa to have sharp rise in cases

Governments across Africa, the continent that has been a concern for health experts due to its fragile health system, are rushing to reinforce measures to contain the spread of COVID-19.

So far, 36 African countries have reported a total of more than 700 cases.

The figure, however, will likely increase in coming weeks, according to the head of a regional disease control body, John Nkengasong.

“We are picking (up) some people but we are also missing some people,” said Nkengasong, head of the Africa Centers for Disease Control and Prevention (CDC).

“The situation will get worse before it gets better because the chances are clear that people have slipped through,” he added.

The World Health Organization (WHO) warned Thursday that the epidemic is quickly spreading throughout the continent.

Moeti said that by Monday, Africa would have a total of 60,000 testing kits.

South Africa said it would erect or repair 40 kilometers of fence along its border with Zimbabwe to stop undocumented or infected people crossing into the country.

President Cyril Ramaphosa said on Thursday that the number of confirmed cases of infection in South Africa had jumped to 150.

This new figure is up 30 percent from the previous overnight tally of 116 infected, with 34 new cases.

Nigeria ratchets up response to outbreak

Nigeria, Africa’s most populous nation and home to some 200 million people, said it would shut schools, starting from Monday.

It would also limit religious meetings in its economic hub, Lagos, and capital, Abuja.

The country has so far reported just 12 confirmed cases of the viral infection.

The continent has previously seen several deadly viral outbreaks. The last epidemic, Ebola killed more than 11,000 people on the continent in 2014 to 2016. 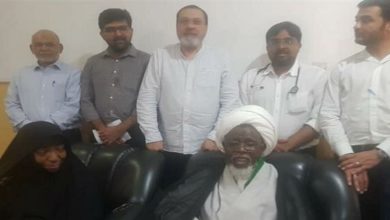 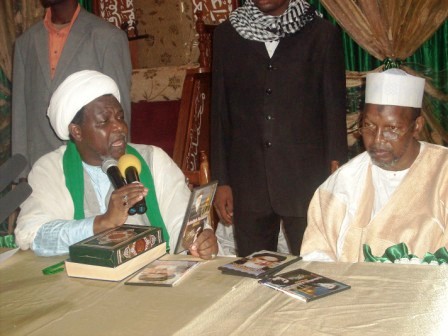 Abuse of Rohingya women, girls may be war crime: UN