Like every year, this year mourners across the world marked Ashura. The Shiites Muslims across the world over the past years have been under pressure by a host of anti-Shiite lobbies for their marking of Ashura, the day Prophet Muhammad’s grandson Imam Hussein and his loyalists were martyred. Meanwhile, the Nigerian government like every year cracked down on Shiite mourners by attacking them and shedding their blood. This year, too, the Nigerian dictatorship showed that it sees no limits to repression of the Shiites and followers of the detained Shiite cleric Sheikh Ibrahim Zakzaky, who in 2015 was arrested and underwent torture by the security forces.

This year’s marking of Ashura was even more impressive than last year’s in terms of attendance. But the government could not tolerate the peaceful anniversary and so bloodshed just took place in the country as the security forces attacked the Shiite mourners. According to the Reuters news agency, quoting the Islamic Movement in Nigeria, the Nigerian police smashed the ceremony and killed 15 mourners and injured more. The Islamic Movement announced that on Tuesday only in Kaduna in the north of the country 3 were killed and 10 were injured by the live fire of the security forces. As part of its clampdown, the Nigerian police said that no mourning ceremony was allowed anywhere in the country and that it will be treated as a ceremony promoting terrorism.

According to the Islamic Movement, the police forces on Tuesday attacked the mourners and opened fire on them. The police attacked the Shiite ceremonies in Bauchi, Gombe, and Sokoto cities in Nigeria’s north, killing a number of the people marking Ashura. The attacks on ceremonies in the capital Abuja left no casualties. Further news emanating from the African country said that the government forces put large blockades in the streets of parts of the capital to prevent Ashura marches attended by the Muslims there.

Once the anti-Shiite bloodshed in Nigeria and elsewhere is tracked, the hands of the Wahhabi Saudi Arabia can be observed behind. The reality is that the Saudi rulers as the main promoters of fundamentalist Wahhabi ideology across the world are afraid of the Shiite influence expansion in the Muslim world. This fear motivates them to focus their efforts to prevent Shiite position.

Over the past years, they came to the notion that they suffer from a crisis of legitimacy at regional and international levels. As a reaction, they try to make up for their weakness of performance and the failure of policies with a focus on bribery using their petrodollars to cause crises in the Muslim world. Their hostility to Shiites is not limited to Nigeria. Rather, they bribe governments and groups in various countries such as India, Pakistan, Iraq, Syria, and Afghanistan into clamping down on the Shiites.

The Saudis also lead media propaganda campaigns to promote hostility against ceremonies marking Ashura. Their media’s mission is to reflect as legitimate the massacre of Shiite mourners to make all buy the idea that an anti-Shiite policy is crucial to today’s world. The huge bribery to the Nigerian government so far has proven it works efficiently to massacre the Shiites in the country.

Another problem is the silence of the pro-rights groups and media in the West that always claim to feel a duty on their shoulders to support human rights and prevent violence against religious ceremonies. Over the past decades, the Western powers waged wars against various countries under the guise of fighting radicalism and supporting democracy and human rights. The major campaign started after the 2001 attacks in the US. The US-led Western coalition invaded both Iraq and Afghanistan under the cover of support to human rights and fight against terrorism.

Over the past years, too, the Western politicians made West Asia region their wars setting. But the same politicians whose pro-rights remarks are propagandistically circulated worldwide are closing their eyes to the massacre of the Shiite Muslims in Nigeria.

The disregard for massacring of the Shiite Muslims in Nigeria indicates that human rights support claims by the West are solely meant to impose the idea of Western supremacy over the world. It also shows that when it comes to human rights, democracy, and dictatorship definition, the West has double standards. Essentially, human rights are important to the West as long as their interests are not risked. Otherwise, it means nothing to them. 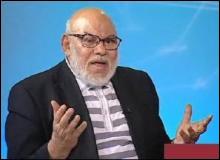 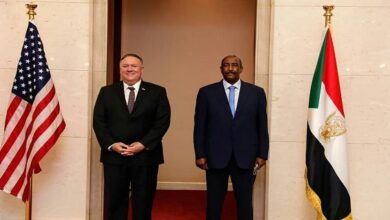 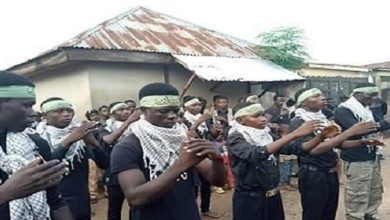