A Lebanese newspaper said Saudi officials and advisors and deputies of Crown Prince Mohammed bin Salman have in a recent meeting asked him to replace the war on Yemen with a proxy war in Lebanon.

A secret diplomatic cable sent to influential parties in Lebanon disclosed the contents of a recent meeting in Riyadh, headed by bin Salman and attended by Foreign Minister Adel al-Jubair and Intelligence Chief Khaled al-Hamidan, the Arabic-language al-Akhbar reported on Monday.

During the meeting, the recent developments in Syria, including liberation of the Southern parts of the country by the army and Russia’s cooperation with Damascus, as well as the results of the Yemen war went under discussion.

The Lebanese paper declined to reveal further details of the meeting or the plan.

Saudi Arabia has a clear record of interference in Lebanon.

Lebanon’s president accused Saudi Arabia of holding hostage al-Hariri along with his family – the first time he has explicitly said he was being held – at the time, and called this an act of aggression.

“We will not accept him remaining a hostage whose reason for detention we do not know,” President Michel Aoun said in a statement.

Saudi Arabia has been striking Yemen since March 2015 to restore power to fugitive president Mansour Hadi, a close ally of Riyadh. The Saudi-led aggression has so far killed at least 17,500 Yemenis, including hundreds of women and children.

According to several reports, the Saudi-led air campaign against Yemen has driven the impoverished country towards humanitarian disaster, as Saudi Arabia’s deadly campaign prevented the patients from travelling abroad for treatment and blocked the entry of medicine into the war-torn country.

Yemen is the world’s largest humanitarian crisis with more than 22 million people in need and is seeing a spike in needs, fuelled by ongoing conflict, a collapsing economy and diminished social services and livelihoods.

A UN panel has compiled a detailed report of civilian casualties caused by the Saudi military and its allies during their war against Yemen, saying the Riyadh-led coalition has used precision-guided munitions in its raids on civilian targets. 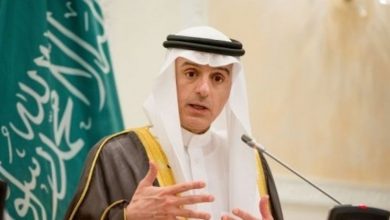