A sectarian campaign was launched by a number of Twitter users against the appointment of Dr. Lamia Al-Brahim, a Saudi Shiite female citizen, as a director of health education in the Ministry of Health in Riyadh on May 14.

The discriminatory hashtag raised anger among public, intellectuals, writers and officials who demanded to enact a law to criminalize sectarianism and hatred discourse, explaining that such attacks divide the society and threaten national unity.
They also denounced the accusations of disloyalty which was directed to Al-Brahim, stressing that excluding people according to their religious affiliations is considered a crime that should be legally criminalized.
In response to this issue, Mecca Newspaper published an article on May, 17 by Salemah Al-Mushi in which she said that “Appointing Dr. Lamia Albrahim was a wise and delightful decision; unfortunately, there are some angry reactions towards this decision which are neither religiously acceptable nor civilian”.
She added saying that “this is the time to enact a law which put the interest of the state and citizens above all other considerations in order to promote national unity, explaining that efficiency is the measure of development in all nations while we still in Saudi Arabia deprive people from their basic rights according to their sect and sex”.
On the other hand, Khaled Al-Usaimi, the director of media relations and health education in the Eastern Region, said that “Dr. Lamia Al-Brahim was a model for successful Saudi women”.
Munira Al-hudaib, a female journalist, praised this decision, pointing out that appointing woman in such senior positions is an honor for all Saudis.
Mohammed Al-Mahmood, a writer in Al-Riyadh Newspaper, demanded on May 22, to replace the traditional religious discourse with a moderate one, explaining that sectarianism is the result of Salafi extreme culture. He said that “he had never heard a Shiite preacher calls to kill Sunni Muslims, whereas he confirmed hearing such calls from Salafi advocators”.
Sa’ad Al-Draheem, a preacher, said on May, 14 that “there are distinguished people in the state who deserve to occupy senior positions regardless of their religious affiliations”. He confirmed that the attempts of excluding Shiites increase the gap among Saudi citizens”.
Mikhlif bin Dham Al-Shammari, a human right defender said on May 15, in his tweet that “appointing a Shiite employees is better than appointing people who seek to spread the culture of killing and treason like Daash”. He added “We want to see a Shia minister in order to confirm that the state is for all”.
Fares Aba Al-Khail stressed that diversity have to be a source of power not controversial, pointing out that the state includes people from different affiliations.

Al-Nimer calls for a political stand to the sectarian coexistence 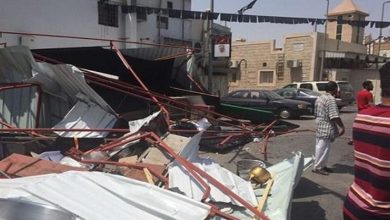