Al-Majed, the leader of the al-Qaeda-linked Abdullah Azzam Brigades, had been arrested in connection with the twin bombings near the Iranian embassy in the Lebanese capital of Beirut on November 19, 2013, when 23 people, including an Iranian diplomat, were killed and dozens were injured.

The detained Saudi terrorist was pronounced dead in a Lebanon’s military hospital on Saturday.
Media reports also said that Riyadh had put heavy pressure on Lebanon to extradite al-Majed before his death in detention.

Iran’s Intelligence Minister Mahmoud Alavi said earlier that Tehran does not have precise information about the death of al-Majed, saying, that he died under “suspicious” circumstances.

The Saudi terrorist had extensive secret information as he had been active in many countries, including Saudi Arabia, Iraq, Syria, Lebanon, Afghanistan and Pakistan and had direct cooperation or contact with mid- and high-ranking al-Qaeda leaders. 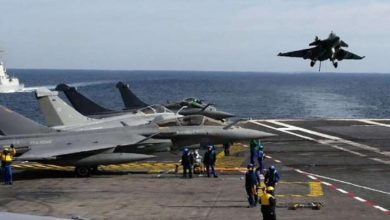 Start Preparing for the Collapse of the Saudi Arabia Kingdom: AMC