US Secretary of State John Kerry is in Saudi Arabia to smooth ties with its old regional ally after relations turned tense over war in Syria and nuclear talks with Iran.
Kerry landed in Riyadh late on Sunday and was greeted by Saudi Foreign Minister Prince Saud al-Faisal.
Riyadh is the second stop of Kerryâ€™s 10-day trip to the Middle East, Europe and North Africa. The top US diplomat had visited Egypt prior to travelling to the kingdom.
Saudi Arabia last month rejected a United Nations Security Council seat to protest what it called “double standards” over the UN’s failure to act in the Syrian conflict and a US decision to call off a previously announced plan for military strikes against Damascus.
â€œThis was a message for the US, not the UN,â€ Saudi Arabiaâ€™s intelligence chief, Prince Bandar bin Sultan, said at the time.
The spymaster said the kingdom would also scale back its cooperation with Washington in funding and arming militant groups fighting the government of Syrian President Bashar al-Assad.
Speaking in Cairo on Sunday before traveling to Riyadh, Kerry said the US and Saudi Arabia share the same goals in Syria but he acknowledged that there were differences over “tactics” in ending the conflict.
“There are some countries in the region that wanted the United States to do one thing with respect to Syria, and we have done something else,” he said. “Those differences on an individual tactic on a policy do not create a difference on the fundamental goal of the policy.”
The Saudis want President Assad deposed, in large part because he is allied with their regional rival Iran.
Kerry said Washington and Riyadh were both working toward a transitional government in Syria that would not include Assad.
Saudi leaders are also concerned about President Barack Obamaâ€™s seeming desire to reach a diplomatic deal with Iran over its nuclear energy program as they fear that closer ties between Tehran and Washington would mean they will be left out in the cold.
Kerry said the United States sticks to its regional allies and is committed to what he called Americaâ€™s “major defensive relationships” in the Middle East.
“We will be there for Saudi Arabia, for the Emirates, for Qataris, for the Jordanians, for the Egyptians and others. We will not allow those countries to be attacked from outside. We will stand with them,” he told reporters.
Saudi Arabia is a major diplomatic and trading partner for the United States. 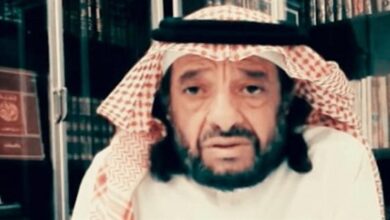 Report: Saudi Activist Suffers Stroke after Being Poisoned in Prison 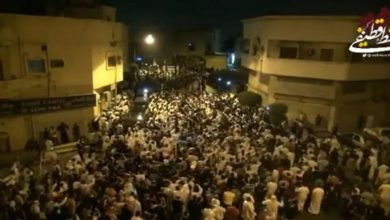