The Cluster Munition Coalition (CMC) has denounced the United States for planning to supply 1,300 cluster bombs to Saudi Arabia.
â€œWe are disappointed with the US decision to export cluster bombs to Saudi Arabia as both countries acknowledge the negative humanitarian impact of these weapons on civilians,â€ CMC Director Sarah Blakemore said on Thursday.
â€œCluster munitions have been banned by more than half the worldâ€™s nations so any transfer goes against the international rejection of these weapons,â€ she added.
The US Defense Department announced on Tuesday that Textron Defense Systems won a contract valued at $641 million to build the bombs for the Persian Gulf state.
The contract, expected to be completed by 2015, formalizes the sale of CBU-105 cluster bombers. Congress was first notified about the deal in December 2010.
The company said the weapon, also known as a Sensor Fuzed Weapon, has “greater than 99 percent reliability,” meaning less than 1 percent remain as unexploded ordnance.
The United States and its Middle Eastern ally have refused to sign the Convention on Cluster Munitions, which prohibits the production, transfer, use, and stockpiling of cluster munitions.
The US has previously announced sales of CBU-105 cluster bombers to India, South Korea, and Taiwan.
Saudi Arabia has used cluster munitions in the past and stockpiles the weapons, but it is not believed to produce or export cluster munitions.
â€œThe US should acknowledge the treatyâ€™s ban on cluster munition exports and reevaluate the criteria for its export moratorium so that no cluster munitions are transferred,â€ Blakemore said.
London-based Action on Armed Violence also warned about the consequences of the use of the cluster bombs.
â€œThat cluster munitions continue to kill and injure civilians for many years is one of the many reasons why the international community saw fit to outlaw their future use or transfer. Sixty percent of cluster bomb casualties occur while the victim is undertaking their normal activities,â€ the group said.
Saudi Arabia and the US are amongst the twelve countries that have used cluster munitions in the past (US in multiple locations; Saudi Arabia against Iraq in 1991). 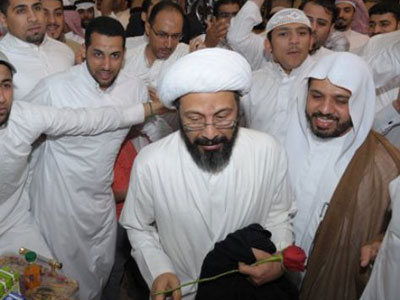