The two detainees were taken to an unknown location. Their families were forbidden any formation about their fate .

It is worth to mention that Rabee’ al-Khoneisi was arrested as pressure his brother to surrender himself to the authorities.

Saudi poll: Molestation by men is women’s own fault 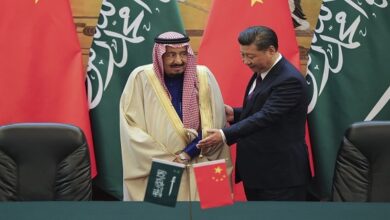 US senator: Saudi use of yuan ‘big, bad thing’, sign that America is weak