On 13 June 2011 , Saudi Arabia’s security forces detained 2 minority Shiites who participated in demonstrations protested last three months against sectarian discrimination and demanding the release of prisoners who are being held without trial.

Abdul al-Faraj , 38 years , from Awwamiya , was arrested as he travel to Bahrain through the Bahrain Bridge connecting Saudi Arabia and Bahrain and transferred to Qatif police center .

Abdul Azeem Yaseen , 46 years , from Awwamiya , was arrested as he returned from performing religious rites in Iran .

In order to tight the siege around the city of Qatif , the Saudi authorities Â have been erected military checkpoints on main roads leading to the city in which the soldiers behaves in a manner that provokes people.

On the other hand , Saudi authorities released on 13 June 2011 four Shiite detainees arrested during protests in the Qatif who spent more than three months in jail without trial , among them Khleel al-Jassas , Abdullah al-Dahhan and Ashraf Al Huss 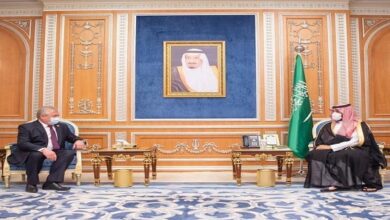