Turning a blind eye to Israel’s theft of Palestinian lands, Saudi Crown Prince Mohammed bin Salman is “cozying up” to the regime, hoping for Tel Aviv to help him advance his goals, a political analyst tells Press TV.

In a major shift in Saudi Arabia’s official stance on the Palestinian cause against Israel’s occupation, bin Salman recognized the “right” for Israelis to “have their own land” in an interview with US magazine The Atlantic published on Monday.

Bin Salman also said he had no “religious objection” to Israelis living alongside Palestinians, so long as the Al-Aqsa mosque compound – the main Muslim holy site in Jerusalem al-Quds — is protected.

Commenting on the interview, Richard Forer, an American author and commentator, told Press TV on Monday that “the Saudi crown prince is really posturing. He is just cozying up to Israel because Israel can help him get what he wants.”

Forer further said the Saudi crown prince would not make similar comments about Mecca, the holiest city in Islam.

“If the crown prince wants to say…that there is no reason why Jews and Palestinians shouldn’t live together, what about Mecca? Would he allow anyone to move to Mecca or to anywhere else in Saudi Arabia?”

He also censured Israel’s occupation of Palestine and its land grab policies there and said, “Nobody has a moral right to steal land from anyone else and then claim that it’s theirs.”

He further warned that the world “is becoming more polarized” with “narcissistic megalomaniacs” like US President Donald Trump and Israeli Prime Minister Benjamin Netanyahu making decisions as world leaders.

Saudi Arabia does not officially recognize Israel and has no formal relations with the regime, but they are widely believed to have secret liaisons.

Reports over the past few months say the two regimes are working behind the scenes to establish formal ties. 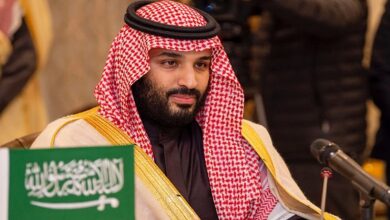 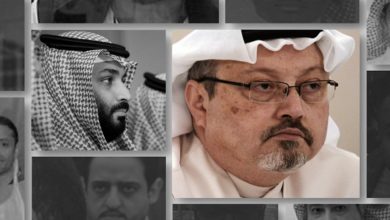