Saudi Arabian authorities are reportedly pressuring a billionaire prince whom they have detained as part of a purge to pay up a whopping USD six billion to secure his release.

Dozens of princes, ministers, and former ministers were detained last month on the orders of Saudi Arabia’s so-called Anti-Corruption Committee, which is headed by Crown Prince Mohammed bin Salman. The detained individuals are facing corruption allegations but are widely believed to have been victims of a political purge.

Citing people familiar with the issue, The Wall Street Journal reported on Friday that Prince al-Waleed bin Talal, a billionaire nephew of late King Abdullah, is now being pressured to pay USD six billion to be released.

His fortune is estimated by Forbes to stand at USD 18.7 billion, which would make him the Middle East’s richest person. His Kingdom Holding, a Riyadh-based investment holding company, owns stakes in hotels like The Four Seasons, Fairmont and Raffles, as well as companies such as News Corp., Disney, 21st Century Fox, Citigroup, GM, Twitter, and Apple.

The crackdown in Saudi Arabia is widely believed to be aimed at consolidating the crown prince’s grip on power; but it is also speculated that the kingdom is seeking to rejuvenate its economy — hit hard by the fall in oil prices and a costly and protracted war on Yemen — by extorting money from the detainees.

Many of the detainees have been released so far after forking out exorbitant amounts reaching as high as USD one billion.

Not without a fight

The money reportedly requested from Waleed bin Talal would bite deeply into his global business empire. The prince is trying to persuade the government to instead accept a large share in his company while still leaving him in charge, the Journal’s sources said.

“Keeping [the empire] under his control, that’s his battle,” one person said.

The sources also suggested that Waleed bin Talal was not giving up without a fight.

“He wants a proper investigation. It is expected that al-Waleed will give MBS a hard time,” another said, referring to the crown prince by his initials.

Salah Al-Hejailan, a lawyer who maintains contact with al-Waleed’s family, meanwhile, said that “there are no formal accusations” against the prince, and that the prosecutor would only open a judicial case against him if no understanding is reached.

Mohammed bin Salman, the Saudi crown prince, who has attempted to portray the whole process as an “anti-corruption fight,” has meanwhile been splurging money abroad himself.

Earlier in the month, it was reported that bin Salman had used a “proxy” to buy Leonardo da Vinci’s painting the Salvator Mundi, which sold for a record $450 million at auction, and a yacht for $500 million.

Last Saturday, an investigation by The New York Times named Salman as the owner of the Chateau Louis XIV, a mansion outside Paris, which had been sold to him for more than USD 300 million back in 2015. 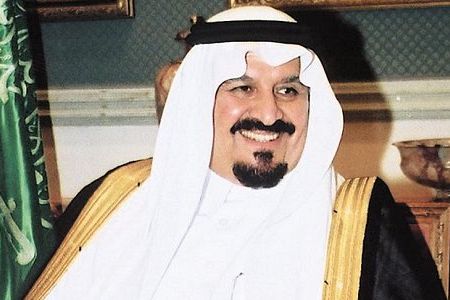 Saudi prince in coma at US hospital