Results of a recent poll in the West Bank showed that an overwhelming majority of the Palestinian people distrust Saudi Arabia and nearly half of them believe in armed resistance as the best response to the US recognition of al-Quds as Israel’s capital.

The poll recently conducted by the Palestinian Center for Policy and Survey Research (PSR) showed that 75% of Palestinians don’t trust the UAE to play a role in creating a buffer zone between Israel and Palestine, the Arabic-language al-Watan newspaper reported.

Also results of the poll indicated that 82% of the Palestinian people distrust Saudi Arabia and 70% distrust Egypt.

Also, 45% of respondents believed that armed resistance is the best response to US President Donald Trump’s recognition of Jerusalem al-Quds as the Israeli capital and 70% want Mahmoud Abbas to resign.

Observers believe that the poll shows views of residents of the West Bank which has more population and covers a larger area compared with other Palestinian-populated areas.

According to the poll, 76% of the respondents think that the Palestinian issue is not the first issue for the Arab world.

“Trump’s gamble which was extensively welcomed by Israeli Prime Minister Benjamin Netanyahu and the Jewish lobby isolated the most important US Arab allies, Saudi Arabia and Egypt, and enhanced the position of two non-Arab states, Iran and Turkey,” Atwan wrote.

He also referred to the Commander of the Islamic Revolution Guards Corps (IRGC) Quds Force Major General Qassem Soleimani’s support for the Palestinian resistance movements, and said this means that Iran has turned into the strongest ally of Palestinians and Intifada at a time when most of its Arab rivals in the Persian Gulf region are busy with normalizing ties with Israel and collaborating with Trump for Judaization of the holy Quds.

Atwan underlined General Soleimani’s victories in the region against the terrorists in Syria, confrontation against the US and Israeli plot to disintegrate Iraq and liberation of Mosul and other Iraqi cities with the help of Hashd al-Shaabi (Iraqi popular forces), and said Trump’s decision opened way for General Soleimani’s influence in the occupied Palestinian territories.

“General Soleimani has not entered any war unless he has come out victorious,” he reminded.

He made the remarks during a Monday telephone conversation with commanders of Hamas’ military wing, Ezzeddin al-Qassam Brigades, who had been defending the blockaded Gaza Strip against Israel’s acts of aggression, and the Islamic Jihad resistance movement.

The top Iranian general also urged all resistance movements in the region to boost their readiness to defend the al-Aqsa Mosque.

Deputy Secretary-General of the Popular Front for the Liberation of Palestine Abu Ahmed Fouad welcomed General Soleimani’s support for the Palestinian resistance movements.

“Major General Soleimani is a skilled person and we welcome his statement,” Fouad was quoted as saying by the Arabic-language al-Mayadeen news channel on Tuesday.

He stressed that the resistance is not alone and enjoys great capabilities, adding, “One of the most important reasons for continued Intifada is existence of a united leadership in all (resistance) groups.”

This came amid simmering tensions in the occupied territories of Palestine following a decision by Trump to formally recognize al-Quds (Jerusalem) as the capital of Israel.

Trump last Wednesday defied global warnings and said Washington formally recognized Jerusalem al-Quds as the “capital” of Israel and would begin the process of moving its embassy to the occupied city, breaking with decades of American policy.

The announcement prompted harsh international warnings that it would bring more chaos to the Middle East region. Several protests have been held in many countries over the past days against the US and Israel. 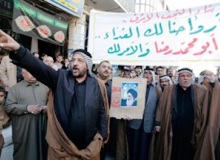 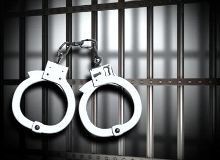