The United Arab Emirates on Tuesday announced it has formed a new economic and partnership group with Saudi Arabia, separate from the Gulf Cooperation Council – a move that could undermine the council amid a diplomatic crisis with member state Qatar.

Saudi Arabia did not immediately report on the new partnership.

It wasn’t immediately clear how the development could affect the six-member GCC meeting, which is expected to focus on the Qatar issue. Half of the GCC members are boycotting Doha in a dispute that’s cleaved the Arabian Peninsula.

The Emirati ministry said the new “committee is assigned to cooperate and coordinate between the UAE and Saudi Arabia in all military, political, economic, trade and cultural fields, as well as others, in the interest of the two countries.”

The Emirati announcement did not say whether any other Gulf Arab countries would be invited to join the new group but the development puts pressure the GCC, a group of American-allied Gulf Arab nations formed in part in 1981 as a counterbalance to Shia power Iran. 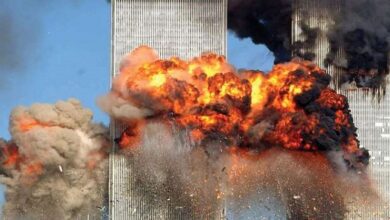 9/11 Hijackers Had Support From Saudi Agent Network Inside the US, Ex-FBI Agent Claims

IMF urges Saudi not to boost spending as oil rises