A court in Saudi Arabia has acquitted the Binladin Group of responsibility for the deadly crane collapse in the holy city of Mecca back in 2005.

The group was cleared of charges against it on Monday based on claims made by its defense group that it was not capable of predicting the severe storm which caused the crane to fall.

On September 11, 2015, a huge construction crane collapsed into Mecca’s Grand Mosque, killing more than 100 pilgrims and injuring over 200 others in the lead-up to the annual Hajj pilgrimage.

The company is run by the Bin Laden family, which has close ties with Saudi Arabia’s ruling family. Known as the second largest construction company in the world after French firm Vinci Construction, the Jeddah-based conglomerate was founded in 1931 by Sheikh Mohammed bin Laden, the father of al-Qaeda’s slain leader Osama bin Laden. In the 1990s, Osama bin Laden was purportedly disowned by the family.

According to the website of the group, it has worked on numerous important projects in the Kingdom, including al-Faisaliah tower in central Riyadh, King Abdullah Financial District, several universities, and the King Abdul Aziz International Airport in Jeddah. 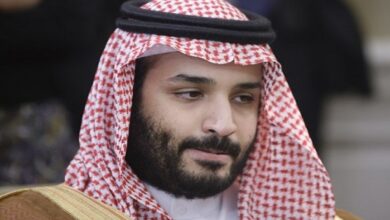