Britain and Saudi Arabia have signed a framework deal on military and security cooperation as the Riyadh regime intensifies its ongoing campaign against Yemen.

According to the Saudi state news agency SPA, the deal was signed as British Defense Secretary Michael Fallon discussed military cooperation with Crown Prince Mohammed bin Salman, who serves as the kingdom’s defense minister and deputy prime minister. The SPA report did not provide details of the agreement.

In December last year, British Prime Minister Theresa May said Britain would invest over three billion pounds ($4.05 billion) in defense in the Parisian Gulf Arab states over the next decade.

London seeks to build on traditionally strong ties with the oil-wealthy monarchies before its planned departure from the European Union.

Britain’s close relationship with Arab states of the Persian Gulf region have drawn concern from human rights groups, including the criticism of Saudi airstrikes that have killed hundreds of Yemeni civilians.

In July, Campaign Against the Arms Trade (CAAT), a group working to end the international arms trade, argued at a UK court that the British government was acting unlawfully by selling arms to Saudi, given widespread concerns about the war on Yemen.

In March, Amnesty International condemned the United States and the UK for their “shameful” weapons transfers to Saudi Arabia, saying Washington and London were fueling the serious human rights violations and war crimes in Yemen committed by Riyadh. It said the countries had sold over $5 billion worth of weapons to the Riyadh regime since the beginning of the campaign, more than 10 times the $450 million they have allegedly spent to help save Yemeni civilians.

On June 6 last year, the United Nations gave in to a Saudi demand to remove the oil-rich kingdom from its annual blacklist of child rights violators, less than a week after it blamed Riyadh for the killing of hundreds of Yemenis.

Both Saudi Arabia and the UN drew international criticism after then UN Secretary General Ban Ki-moon acknowledged that he had expunged Riyadh from the blacklist under “undue pressure.”

Since March 2015, Yemen has been under heavy airstrikes by Saudi warplanes as part of a brutal war against the Arabian Peninsula country in an attempt to crush the popular Houthi Ansarullah movement and reinstall the former president, Abd Rabbuh Mansur Hadi, a staunch ally of Riyadh.

More than 12,000 people have been killed ever since, and much of the country’s infrastructure, including hospitals, schools and factories, has been ravaged. The Saudi war has also triggered a deadly cholera epidemic across Yemen, dragging the impoverished nation to the brink of a widespread famine. 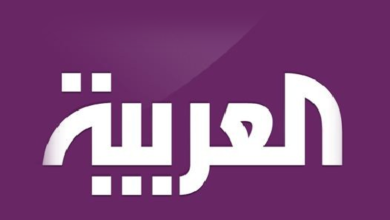