The Israeli regime has welcomed the palace coup in Saudi Arabia resulting in appointment of Mohammad bin Salman as Crown Prince, with US President Trump calling him king-in-waiting.

Trump also spoke with the king-in-waiting about the dispute with Qatar as well as their so-called war on terrorism.

In a visit to Riyadh one month ago, Trump signed an arms deal worth $110 billion with the Saudis, despite warnings he could be accused of being complicit in the regime’s war crimes in neighboring Yemen and its support for terrorism.

The Israeli regime also welcomed the palace coup in Saudi Arabia with Communications Minister Ayoub Kara, asserting that it “means more economic cooperation in the Middle East (West Asia) , and not just regarding oil.”

“The strengthening of relations with the Trump administration is the beginning of a new and optimistic time between Saudi Arabia and regional states, including Israel and the Jewish people,” Kara said in a statement.

The appointment of bin Salman is bound to ignite a power struggle in the kingdom with growing dicontent reported within the ruling Al Saud clan. 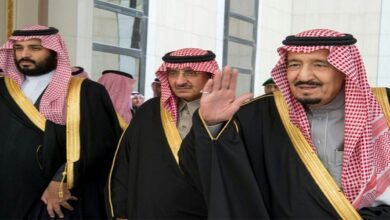