Relations between Saudi Arabia and Turkey have begun to deteriorate over the Qatar rift, with Riyadh leading a blockade on the Persian Gulf emirate and Ankara sending troops to the small country.

Turkey had initially stayed neutral in the dispute but soon became more assertive in its support of Doha. On June 7, Turkey’s parliament approved the deployment of troops to a Turkish military base in Qatar.

Saudi Arabia is also unnerved by Qatar’s support for the Muslim Brotherhood movement, which Turkish President Recep Tayyip Erdgoan has promoted for long.

Turkish Foreign Minister Mevlut Cavusoglu arrived in Saudi Arabia on Friday in an attempt to defuse the growing diplomatic crisis in the Persian Gulf region, but the visit further exposed their gaping gap.

As Cavusoglu held a meeting with King Salman in the holy city of Mecca, Saudi authorities detained reporters for Turkey’s state-run English language channel TRT World who were covering the visit.

The Hurriyet daily said correspondent Hasan Abdullah and cameraman Nihat Yayman were released after being held for some 10 hours after Cavusoglu personally intervened with the Saudi king.

Abdullah said in a statement the pair “were detained from our hotel by Saudi police in Mecca after a live analysis” on the crisis with Qatar.

“The ordeal lasted nearly 10 hours during which we faced multiple interrogations and lock-up,” he added.

On Saturday, Saudi Arabia said a Turkish military base would not be welcome on the kingdom’s soil after Ankara offered to build such a facility.

“Saudi Arabia cannot allow Turkey to establish military bases on its territories,” said a statement released by the official Saudi Press Agency. The statement added that Saudi Arabia “does not need such thing.”

The announcement was made in response to remarks made by Erdogan, who said he had offered to build a base in Saudi Arabia “with the same idea” as Turkey’s military base in Qatar. Erdogan said King Salman agreed to consider the offer.

An Arabic hashtag on Twitter has also appeared urging Saudis to sever relations with Ankara. 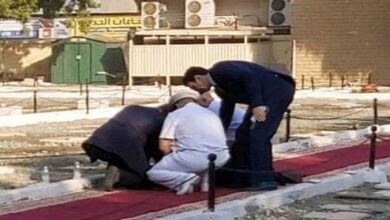 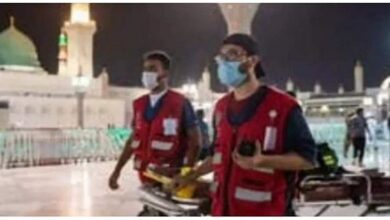