The man who carried out a deadly car ramming and stabbing attack near the UK Houses of Parliament was a former English teacher working at the institution controlling Saudi Arabia’s civil aviation, a report says.

Citing a copy of Khalid Masood’s CV, Britain’s The Sun daily made the revelation in a report published on Friday.

Masood, who reportedly received his first conviction in 1983 at the age of 19, was found guilty in a string of other criminal cases until 2003, a year before he gained a TESOL certificate that allowed him to take up teaching positions in the Saudi city of Yanbu in 2005 and subsequently at Saudi Arabia’s General Authority of Civil Aviation (GACA) in Jeddah.

Five months after his return to the UK in spring 2009, he started working as a “senior English teacher” at a TEFL college in Luton.

Meanwhile, Saudi Arabia’s embassy in London has confirmed that the London terror attacker was in the Middle Eastern country three times.

The embassy also said in a statement on its Twitter account on Friday that during his time in the Arab country, “Masood did not appear on the security services’ radar and does not have a criminal record in the Kingdom of Saudi Arabia.”

Saudi FM: Militants in Syria should be armed with surface-to-air missiles 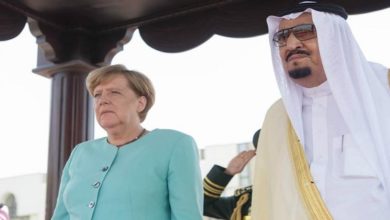