Why does the British Government devote so much time and effort to cultivating the rulers of Bahrain, a tiny state notorious for imprisoning and torturing its critics? It is doing so when a Bahraini court is about to sentence the country’s leading human rights advocate, Nabeel Rajab, who has been held in isolation in a filthy cell full of ants and cockroaches, to as much as 15 years in prison for sending tweets criticising torture in Bahrain and the Saudi bombardment of Yemen.

Yet it has just been announced that Prince Charles and Camilla, Duchess of Cornwall, are to make an official visit to Bahrain in November with the purpose of improving relations with Britain. It is not as though Bahrain has been short of senior British visitors of late, with the International Trade Minister Liam Fox going there earlier in September to meet the Crown Prince, Prime Minister and commerce minister. And, if this was not enough, in the last few days the Foreign Office Minister of State for Europe, Sir Alan Duncan, found it necessary to pay a visit to Bahrain where he met King Hamad bin Isa al-Khalifa and the interior minister, Sheikh Rashid al-Khalifa, whose ministry is accused of being responsible for some of the worst human rights abuses on the island since the Arab Spring protests there were crushed in 2011 with the assistance of Saudi troops.

Quite why Sir Alan, who might be thought to have enough on his plate in dealing with his area of responsibility in Europe in the era of Brexit, should find it necessary to visit Bahrain remains something of mystery. Sayed Ahmed Alwadei, director of advocacy at the Bahrain Institute for Rights and Democracy, asks: “Why is Alan Duncan in Bahrain? He has no reasonable business being there as Minister of State for Europe” But Sir Alan does have a long record of befriending the Gulf monarchies, informing a journalist in July that Saudi Arabia “is not a dictatorship”.

The flurry of high level visits to Bahrain comes as Rajab, the president of the Bahrain Centre for Human Rights, awaits sentencing on next week on three charges stemming from his use of social media. These relates to Rajab tweeting and retweeting about torture in Bahrain’s Jau prison and the humanitarian crisis caused by Saudi-led bombing in Yemen. After he published an essay entitled “Letter From a Bahrain Jail” in the The New York Times a month ago, he was charged with publishing “false news and statements and malicious rumours that undermines the prestige of the kingdom.”

This “prestige” has taken a battering since 2011 when pro-democracy protesters, largely belonging to the Shia majority on the island, were savagely repressed by the security forces. Ever since, the Sunni monarchy has done everything to secure and reinforce its power, not hesitating to inflame Sunni-Shia tensions by stripping the country’s most popular Shia cleric, Sheikh Isa Qassim, of his citizenship on the grounds that he was serving the interests of a foreign power.

Repression has escalated since May with the suspension of the main Shia opposition party, al-Wifaq, and an extension to the prison sentence of its leader, Sheikh Ali Salman. The al-Khalifa dynasty presumably calculates that US and British objections to this clampdown are purely for the record and can safely be disregarded. The former Foreign Secretary Philip Hammond claimed unblushingly earlier this year that Bahrain was “travelling in the right direction” when it came to human rights and political reform. Evidently, this masquerade of concern for the rights of the majority in Bahrain is now being discarded, as indicated by the plethora of visits.

There are reasons which have nothing to do with human rights motivating the British Government, such as the recent agreement to expand a British naval base on the island with the expansion being paid for by Bahrain. In its evidence to the Select Committee on Foreign Affairs, the Government said that UK naval facilities on the island give “the Royal Navy the ability to operate not only in the Gulf but well beyond in the Red Sea, Gulf of Aden and North West Indian Ocean”. Another expert witness claimed that for Britain “the kingdom is a substitute for an aircraft carrier permanently stationed in the Gulf.”

These dreams of restored naval might are probably unrealistic, though British politicians may be particularly susceptible to them at the moment, imagining that Britain can rebalance itself politically and economically post-Brexit by closer relations with old semi-dependent allies such as the Gulf monarchies. These rulers ultimately depend on US and British support to stay in power, however many arms they buy. Bahrain matters more than it looks because it is under strong Saudi influence and what pleases its al-Khalifa rulers pleases the House of Saud.

But in kowtowing so abjectly to Saudi Arabia and the Gulf kingdoms, Britain may be betting on a flagging horse at the wrong moment. Britain, France and – with increasing misgivings – the US have gone along since 2011 with the Gulf state policy of regime change in Libya and Syria. Saudi Arabia and Qatar, in combination with Turkey, have provided crucial support for the armed opposition to Bashar al-Assad. Foreign envoys seeking to end the Syrian war since 2011 were struck by British and French adherence to the Saudi position, even though it meant a continuance of the war which has destabilised the region and to a mass exodus of refugees heading for Western Europe.

Whatever the Saudis and Gulf monarchies thought they were doing in Syria, it has not worked. They have been sawing off the branch on which they are sitting by spreading chaos and directly or indirectly supporting the rise of al-Qaeda-type organisations like Isis and al-Nusra. Likewise in their rivalry with Iran and the Shia powers, the Sunni monarchies are on the back foot, having escalated a ferocious war in Yemen which they are failing to win.

In the past week Saudi Arabia has suffered two setbacks that are as serious as any of these others: on Wednesday the US Congress voted overwhelmingly to override a presidential veto enabling the families of 9/11 victims to sue Saudi Arabia. In terms of US public opinion, the Saudi rulers are at last paying a price for their role in spreading Sunni extremism and for the bombing of Yemen. The Saudi brand is becoming toxic in the US as politicians respond to a pervasive belief among voters that there is Saudi complicity in the spread of terrorism and war.

The second Saudi setback is different, but also leaves it weaker. At the Opec conference in Algiers, Saudi Arabia dropped its long-term policy of pumping as much oil as it could, and agreed to production cuts in order to raise the price of crude. A likely motivation was simple shortage of money. The prospects for the new agreement are cloudy but it appears that Iran has got most of what it wanted in returning to its pre-sanctions production level. It is too early to see Saudi Arabia and its Gulf counterparts as on an inevitable road to decline, but their strength is ebbing. 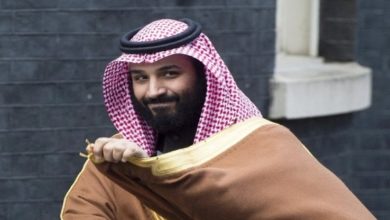 Saudi Crown Prince to Set Up Spying Center in Djibouti 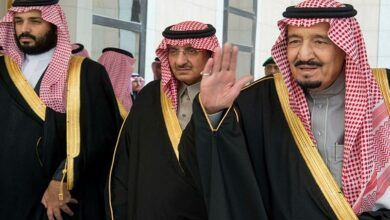 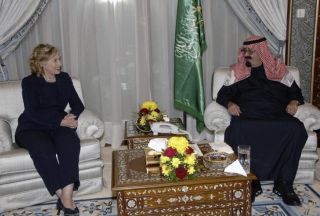