Edward Corrigan, a human rights attorney, says the United States and Britain are supporting Saudi Arabia in its military aggression against Yemen, so any action at the UN Security Council concerning this war will be vetoed.

“The Saudis managed to stop a call for an independent investigation into Yemen about a year ago … but UNICEF, Amnesty International, Human Rights Watch and all sorts of other aid organizations have talked about how this blockade of Yemen is preventing food, medicine and other critical supplies,” the analyst told Press TV.

The analyst also warned that Yemen is on the verge of “total collapse,” adding that innocent people are being punished cruelly under the blockade imposed on the country.

He went on to say that the Saudis are bombing Yemen’s essential infrastructure as a form of “collective punishment” of the population.

“This is a war crime in my opinion, and the Americans and the British are providing reconnaissance information, even supplying fuel to Saudi bombers, and of course they have also been aiding the blockade of Yemen,” he said.

The United Nations children’s agency, UNICEF, says violence has left over two million children out of school in Yemen, which has been under relentless Saudi attacks for more than a year.

The UN children’s agency says about three million people in Yemen are in need of immediate food supplies, while 1.5 million children suffer from malnutrition, including 370,000 enduring very severe malnutrition.

According to the UN, out of 28 million Yemenis, 21 million are in need of some form of humanitarian aid and at least half the population suffer from malnutrition.

Corrigan further noted that Saudi Arabia does not have any “moral” or “legal” authority to enter Yemen.

He also mentioned the US and Britain’s efforts to cover up Saudi crimes in Yemen, which indicate pure hypocrisy on their part.

Commenting on the Syrian conflict, Corrigan said the United States, Israel, Saudi Arabia and Qatar want to get rid of President Bashar al-Assad and access the country’s pipelines, adding that the whole reason behind their intervention.

He further argued the military interventions in Yemen and Syria were “premeditated” and “planned in advance” and that the deliberate targeting of innocent civilians in these countries amounted to war crime.

Yemen has been under almost daily airstrikes by Saudi Arabia since March 2015. International sources put the death toll from the aggression at almost 10,000.

Saudi FM: Still too early for peace with Israel

Pay for US military presence in Syria or lose Washington support: Saudi to Qatar 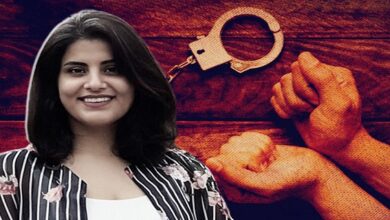