Many international human rights groups have denounced the repression of political dissidents and human rights defenders in Saudi Arabia, calling for them to be held accountable for harassment, smear campaigns, arbitrary detention and torture.

Ten groups, including the [Persian] Gulf Centre for Human Rights (GCHR), International Center for Justice and Human Rights (ICJHR), Organisation Mondiale Contre la Torture (OMCT) and Reprieve, said in a joint statement that they support victims of repression in Saudi Arabia in their efforts to pursue different accountability avenues.

The groups said they endorse the complaint against Saudi Arabia’s crimes against humanity, which was submitted before Belgium’s federal prosecutor in December 2021, under the principle of universal jurisdiction.

The organizations underscored that the Saudi regime’s crackdown on dissenting voices has expanded in scope and scale in recent years, and human rights activists as well as pro-democracy campaigners are being increasingly targeted.

They further stated that Belgian judicial officials will make the final decision on whether to order the opening of an investigation into Saudi Arabia’s crimes against humanity following a hearing on January 24.

On Tuesday, Hamza al-Shakhouri, a leader of the Arabian Peninsula Opposition bloc, said the Riyadh regime has long been violating human rights and has an abysmal record of arbitrary detentions, unlawful imprisonment, various forms of physical and mental torture, discrimination, illegal executions and sham trials.

“The judiciary has no independence whatsoever in Saudi Arabia, and the House of Saud exerts absolute control over the system of courts,” the prominent Saudi opposition figure told IRNA.

“The monarch has the final say on anything that the executive branch and the legislature come up with. Historically, this has always been the case since the Kingdom of Saudi Arabia was founded in 1932.”

Shakhouri added that the trend has “become much worse at present”.

“Previously, Saudi authorities would not repress the families and relatives of political opponents and dissidents. But, repression now applies to the wives, children, parents, brothers and sisters of opposition figures,” he noted.

After King Salman assumed the throne on January 23, 2015 and his son Mohammed became heir to the throne two years later, “the extent of crackdown has considerably widened and affected all regions of the country, all tribes, religions, and strata of the society.”

“Oppression and illegal, inhumane and immoral actions have taken a heavy toll on most people, and the situation is getting worse day by day,” the Saudi opposition leader said.

“The sweeping campaign of repression against independent dissidents and activists has reached the point where one may risk his life by writing a sentence, publishing a post on Twitter, or re-posting someone else’s tweet deemed critical of the government.” 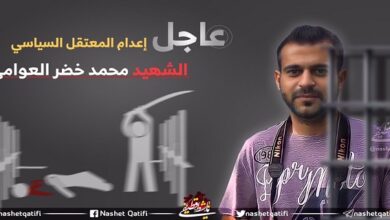 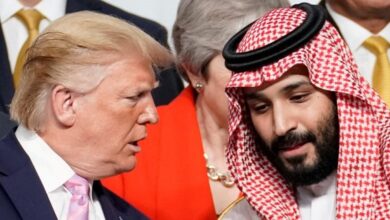 Saudi king not aware of his surroundings