Saudi authorities have reportedly arrested the wife and daughter of a jailed dissident, as a crackdown led by Crown Prince Mohammed bin Salman against political opponents, scholars, human rights activists and pro-democracy campaigners widens in the kingdom.

According to the Arabic-language Mirat al-Jazeera news website, Saudi regime forces detained the wife and daughter of Abdul-Karim bin Hussein bin Abdullah al-Nimr, who has been stuck in jail for 27 years without a trial, earlier this week upon an order from the General Investigation Department in the city of Dammam.

The report added that Saudi officials had earlier summoned Nimr’s eldest son to appear at the department. He asked his younger brother, Muhammad, to do so as he was on a trip to the capital Riyadh.

The latter went to the investigation department, where he was informed that authorities had arrest warrants for his mother, Maryam, and his sister, Mona.

They then forced him to accompany them to the family’s home. Upon arrival, regime forces started ransacking the building, without providing any reason for their actions. Panic-stricken family members looked on as the forces took away Nimr’s wife and daughter to an unknown location.

While his daughter was released after two days of detention, his wife still remains behind bars and his whereabouts remain unclear.

Abdul-Karim al-Nimr was arrested several times, one of which was in 1996. He spent several months in prison and was released afterward. He was last arrested on November 4, 1999 and has been held in detention ever since.

Human rights organizations argue that the harsh arbitrary sentences given by the Saudi judiciary to imprisoned dissidents manifest the extent of the kingdom’s disregard for international law, rampant injustice, as well as violations of human rights and civil liberties. 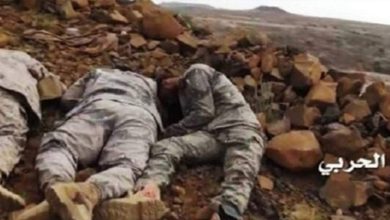 3 Saudi soldiers have been killed near border with Yemen