A group representing the American families and loved ones of the victims of the September 11, 2001 terrorist attacks wrote an open letter to US President Joe Biden over his reported upcoming visit to Saudi Arabia.

The 9/11 Families United chair Terry Strada on Thursday called on Biden to “prioritize accountability for 9/11” in meetings with Saudi officials or with Saudi Crown Prince Mohammed Bin Salman when he visits the Middle Eastern country.

The letter pointed out Biden’s Executive Order to declassify 3,000 pages of documents related to the attack which killed nearly 3,000 people and caused about $10 billion worth of property and infrastructure damage in the United States.

Fifteen of the 19 hijackers that orchestrated the attacks were from Saudi Arabia.

Biden said the declassification of 3,000 pages of documents “confirms our long-held beliefs regarding Saudi Arabia’s deep involvement in the murders of our loved ones.”

The documents released last year showed that the FBI extensively investigated the level of support given to three Saudi nationals once they landed in the United States, including “procuring living quarters and assistance with assimilating” into the country.

They added that the “evidence” uncovered in the declassified documents, “underscores the importance that you do not reward the Kingdom and Crown Prince with a presidential visit that allows it to continue escaping responsibility for its role in the most horrific attack in our nation’s history.”

Strada wrote that “accountability should be the cornerstone of any engagement.”

Media reports said Biden was considering a visit to Saudi Arabia, but the White House has said there are no current plans for Biden to travel there.

9/11 Families United further said no reset of US-Saudi ties could succeed “without proper reconciliation for the attacks on September 11, 2001.”

Last September, Biden directed the Justice Department and other agencies to review and release certain documents related to the FBI’s investigation, which reportedly contain evidence of Saudi involvement in the strikes.

“We must never forget the enduring pain of the families and loved ones of the 2,977 innocent people who were killed during the worst terrorist attack on America in our history. For them, it was not only a national and international tragedy,” Biden said in a statement at the time.

US officials assert that the attacks were carried out by 19 al-Qaeda terrorists, 15 of them Saudi nationals, but many experts and independent researchers have raised questions about the official account.

They believe that rogue elements within the US government, such as former Vice President Dick Cheney, orchestrated or at least encouraged the 9/11 attacks in order to accelerate the US war machine and advance the Zionist agenda.

Several US senators and House lawmakers have been calling for the disclosure of 28 pages that purportedly contain evidence of Saudi involvement in financing and backing the alleged 9/11 hijackers. The pages were extracted from a 2002 Congressional inquiry into the September 11, 2001 attacks.

Dr. Kevin Barrett, an American academic who has been studying the events of 9/11 since late 2003, once told Press TV that the reason that the classified pages are still hidden from the American people and the world is that an investigation into “the links revealed between the Saudi government and these patsies” will reveal that 19 hijackers were actually trained by the CIA in the United States.

The researcher said the document “utterly annihilates the official version and it reveals that 9/11 was not an attack by a rogue group of terrorists, but it was actually a state-sponsored operation.” 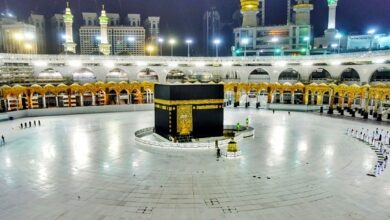