Hatice Cengiz, the fiancée of Jamal Khashoggi, urged singer Justin Bieber to cancel his scheduled Dec. 5 performance in Saudi Arabia. The Turkish Scholar and Activist has now penned an open letter to the singer, calling on him to not perform for the slain Saudi journalist’s “murderers.” In the letter, published on Saturday in the Washington Post, Cengiz asks Bieber to cancel the performance to “send a powerful message to the world that your name and talent will not be used to restore the reputation of a regime that kills its critics.”

“Do not sing for the murderers of my beloved Jamal,” Cengiz wrote. “Please speak out and condemn his killer, Mohammed bin Salman. Your voice will be heard by millions.” “If you refuse to be a pawn of MBS, your message will be loud and clear: I do not perform for dictators. I choose justice and freedom over money,” Cengiz wrote, using the crown prince’s initials, The Guardian reported. Bieber, who is Canadian, is among a group of artists scheduled to perform as Saudi Arabia hosts the Formula One Saudi Arabian Grand Prix in Jeddah. 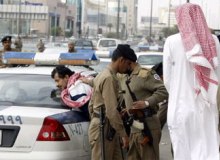 How US Look at New Saudi Arabia’s King Salman?