“He is expected to ascend to the throne by the end of the year,” said Nabeel Nowairah, an independent researcher of the Gulf Arab states.

Some sources believe the shift could even occur within the coming month, Nowairah told Asia Times.

King Salman – who the Royal Court announced had been hospitalized for inflammation of the gallbladder – is not believed to be on his deathbed. However, amid uncertainty over his health and upcoming US elections, the 34-year-old crown prince may take the reins protectively to ensure a smooth transfer of power.

Prince Ahmed bin Abdulaziz, the younger brother of King Salman who returned from London in October 2018 for what were believed to be damage control talks amid the global outcry over the murder of Washington Post columnist Jamal Khashoggi, was jailed for an alleged coup attempt in March.

Prince Mohammad bin Nayef, the former crown prince and longtime confidant of the US intelligence services, was arrested the same night.

Saudi Arabia, founded in 1932, has since its founder’s demise been ruled by one of his sons, with authority passing from brother to brother and sealed by family consensus. Mohammad bin Salman would be the first king in Saudi Arabia’s history to lack that legitimacy.

“Almost everyone is in detention, the important guys,” said Nowairah. “Bin Nayef himself is in detention – they’re all not allowed to leave. And there are dozens of princes who are not allowed to travel outside the country and whose movement is monitored. I think everything is under control at the moment.”

That does not mean the crown prince is resting easy.

One step ahead
“I expect something to happen by November,” said Abdullah Alaoudh, a Saudi researcher and visiting professor at George Washington University.

MBS, not even the most senior among his own brothers, “lacks that tradition” of the kingdom’s foundations “and he knows it very well, and that’s part of his paranoia.”

Aloudh speaks from experience. His own father, a prominent reformist preacher, was thrown in jail in 2017 after advocating for a resolution of the Saudi and Emirati fallout with Qatar, and now sits on death row.

“MBS is really fearful about the future and, to be fair to him, he’s always one step ahead when it comes to succession. He cracked down before anyone even thought to challenge his succession.”

The controversial heir has reason to further cement his grip on power ahead of the November US presidential elections, in which his Oval Office defender, Donald Trump, and generational peer, Mideast point man Jared Kushner, could potentially be ousted from power.

Trump’s opponent, Democratic candidate Joe Biden, has been vocally critical of Bin Salman’s policies, from the war on Yemen to the murder of Khashoggi.

At a November 2019 debate, Biden vowed to “make [Saudi Arabia] the pariah that they are,” and said there was “very little social redeeming value in the present government in Saudi Arabia.” He also promised to end the sale of US weapons to Saudi Arabia for its war on Yemen.

“With Trump’s backing, MBS feels emboldened because he got away with everything. He killed a guy at a consulate with the whole world watching and got away with it. Congress was angry, Republicans even more than the Democrats,” said Aloudh.

Having damaged traditional US bipartisan support for the kingdom, Bin Salman stands to lose influence in the aftermath of the Trump era.

“I’ll put in in a very low possibility King Salman is still the king by next January,” said a Western researcher who frequently visits the kingdom. That is when the elected US president is sworn into office.

“I think this is really a health challenge for Saudi King,” the researcher told Asia Times on condition of anonymity to protect his access to the kingdom, suggesting that a potentially more serious health issue may be accelerating.

The researcher notes that Salman has occasionally granted his heir executive authority when out of the country, often Morocco. “I could see him issuing a royal decree and saying, I’m just going to go off and rest, but my son is in charge.”

Delegating power
The real question, says Nowairah, is who Mohammad bin Salman will choose to be his crown prince. “This is the question everyone is asking,” he said.

Khaled served as Saudi ambassador in Washington before being called back amid the outcry over the Khashoggi murder. Khaled is believed to have told Khashoggi he could only pick up his paperwork in Istanbul, where he was murdered in the kingdom’s consulate, and not the United States, where he was a resident.

Nowairah doubts the choice will be Khaled, whose appointment would run contrary to a rule put in place by the royal family on the eve of MBS bumping aside his uncle, former Crown Prince Mohammad bin Nayef, from the line of succession.

To reassure his peers, King Salman had agreed that his son upon ascension would be required to appoint a crown prince from a separate branch of the family, to prevent the kingdom from becoming “Salman-Arabia.”

Once king, however, Prince Mohammad could change that gentleman’s agreement within the hour.

Nowairah thinks it is more likely MBS will choose one of his cousins as crown prince, possibly downgrading it to a more ceremonial role with no serious additional duties. “But whoever it is, and this is almost certain, the crown prince is going to be changed later on.”

He is thought to favor his son, who is still too young at around 12 years old.

Mohammad bin Salman “has spent the last three years trying to make sure there’s no name in public sphere when it comes to power, except for him,” points out the Western researcher.

“Unless he names some totally useless flunky, but if you name someone who’s clearly not suitable for the role, that could raise some concerns.”

The solution? Not naming a crown prince. 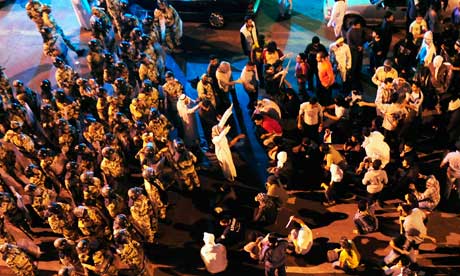 US, EU anti-Russia sanctions to be lifted soon: Adel al-Jubeir