The United Kingdom will resume weapons sales to Saudi Arabia despite international concerns that weapons will be used in the war in Yemen.

Campaigners against the arms trade slammed the ‘morally indefensible’ decision by the UK government to resume weapon sales to the kingdom.

UK International Trade Secretary Liz Truss told Parliament on Tuesday that a government assessment suggested, “There is not a clear risk that the export of arms and military equipment to Saudi Arabia might be used in the commission of a serious violation of international humanitarian law”.

Meanwhile, Yemen’s Ministry of Human Rights said on Thursday (2 July) announced that the Saudi fighter jets have dropped cluster bombs on Yemen in series of attacks on Sanaa the capital, and the provinces of Marib, al-Jouf, al-Bayda, Hajjah, and Saada northern Yemen.

According to the Al-Masirah news network on July 7, Saudi jet fighters have targeted the Al Majzaz and Al Madqal cities 41 times in the past 24 hours and Al Abdiyah district in Ma’rib Governorate nine times.

A court ruling last year ordered that the UK’s licensing of arms sales to Saudi Arabia was unlawful after proper assessment of humanitarian risks.

The legal action against the British government was brought by the Campaign Against the Arms Trade (CAAT), which wants to end the global arms trade and argued that British weapons were likely to have been used in Yemen in violation of human rights law.

“This is a disgraceful and morally bankrupt decision. The Saudi-led bombardment of Yemen has created the world’s worst humanitarian crisis, and the government itself admits that UK-made arms have played a central role in the bombing,” said the group’s Andrew Smith of CAAT.

Saudi Arabia and UAE launched a devastating campaign against Yemen in March 2015, with the goal of bringing the government of former president Abd Rabbuh Mansur Hadi back to power and crushing Ansarullah.

The war has also taken a heavy toll on the country’s infrastructure, destroying hospitals, schools, and factories. 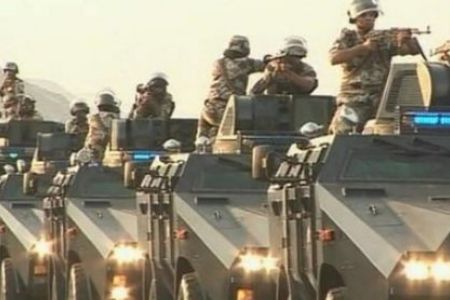 Saudi Arabia, one of the world’s bloodiest and most secretive countries