“We reject the Brazilian president-elect’s decision to relocate the embassy from Tel Aviv to al-Quds,” Hamas spokesman, Sami Abu Zuhri, wrote on his official Twitter page on Friday.
He went on to describe the Brazilian leader’s decision as “an affront to the Palestinian people as well as Arab and Muslim nations.”
Meanwhile, a senior member of the Palestine Liberation Organization (PLO) has strongly condemned the Brazilian President-elect’s announcement that he would move his country’s Israel embassy to Jerusalem al-Quds.
“These are provocative and illegal steps that will only destabilize security and stability in the region,” Hanan Ashrawi, a member of the PLO’s executive committee, told AFP.
She added, “It is very unfortunate that Brazil has joined this negative alliance against international law.”
Bolsonaro on Thursday announced his intention to relocate the Brazilian Embassy from Tel Aviv to Jerusalem once he formally assumes the presidency. The move will make his giant Latin American country the third after the United States and Guatemala made the controversial switch.
“As previously stated during our campaign, we intend to transfer the Brazilian Embassy from Tel Aviv to Jerusalem,” Bolsonaro tweeted in defiance to the Palestinians and most of the world.
Israeli Prime Minister, Benjamin Netanyahu, quickly welcomed the plan and issued a statement, praising the decision.
“I congratulate my friend Brazilian President-Elect, Jair Bolsonaro, for his intention to move the Brazilian Embassy to Jerusalem, a historic, correct and exciting step!” Netanyahu commented.
Bolsonaro, 63, who won a runoff election on Sunday, has outraged many with his overtly misogynistic and racist rhetoric.
Israel occupied Jerusalem al-Quds in 1967 in a move never recognized by the international community. The Palestinians want the city as the capital of their future state.
Tensions have been running high in the occupied Palestinian territories and the Gaza Strip since last December, when US President Donald Trump decided to recognize Jerusalem al-Quds as Israel’s “capital” and relocate Washington’s embassy from Tel Aviv to the occupied city.
On December 21 last year, the United Nations General Assembly overwhelmingly voted in favor of a resolution that calls on the US to withdraw its controversial policy shift.
Despite the vote, the US went ahead with the embassy transfer on May 14, triggering demonstrations in the occupied Palestinian territories, Iran, Turkey, Egypt, Jordan, Tunisia, Algeria, Iraq, Morocco and other Muslim countries.
Israel’s crackdown in Gaza left over 60 protesters dead in the impoverished coastal enclave on that day alone.
Angered by Trump’s move, Palestinian president Mahmoud Abbas boycotted his administration, saying Washington is no longer qualified to serve as the sole mediator in the decades-long conflict with Israel, and that an international mechanism should be devised to replace the US in the so-called peace process. 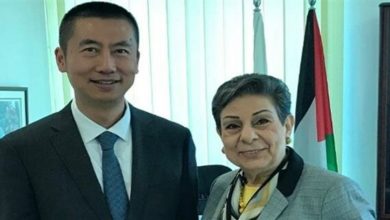 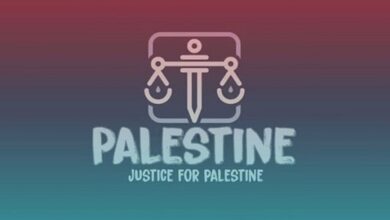