The Israeli army has threatened to demolish nearly two dozen Palestinian homes in the northeastern part of the West Bank as the Tel Aviv regime continues with its land expropriation policies in the occupied territories and violation of international law.

Sami Sadeq, mayor of al-Aqabah village, said notices have been handed to local citizens, informing that 20 homes, currently uninhabited, would be demolished within the next 60 days for lacking Israeli construction permits.

Sadeq added that the homes designated for demolition, nevertheless, have valid construction permits issued by the Construction and Organization Committee of the village.

Aqabah is located in the so-called Area C, which constitutes about 61 percent of the entire West Bank and it is directly controlled by the Coordinator of Government Activities in the Territories (COGAT).

The COGAT demands permits for new building projects, however, according to the Norwegian Refugee Council (NRC) – an international organization that promotes and protects the rights of people affected by displacement – the majority of planning requests are firmly rejected, leaving international donors and Palestinians alike with no choice but to construct new buildings anyway.

Since 1967, the Israeli regime has been enforcing the draconian policy of demolishing the homes of those Palestinians who are deemed by Tel Aviv to be behind fatal attacks against Israeli settlers. The practice, however, was temporarily halted from 2005 to 2014, with the exception of 2009, when scores of homes were sealed and razed in East Jerusalem al-Quds.

Nevertheless, in 2014 Israeli Prime Minister Benjamin Netanyahu announced as a policy the resumption of demolitions in the occupied West Bank.

Tel Aviv has been occupying the West Bank, including East al-Quds, since taking the Palestinian territory by force in 1967. Ever since the occupation, it has been propping up settlements throughout the land, in a move condemned by the United Nations, and considered illegal under international law, which bans construction on occupied territory.

In an attempt to avert the resolution, Trump had warned that “we’re watching,” threatening reprisals against countries that backed the measure, which had earlier faced a US veto at the UN Security Council.

Israel, however, rejected the world body’s resolution while thanking Trump for his decision to move the US embassy from Tel Aviv to Jerusalem al-Quds.

On January 18, the United States reneged on a pledge to contribute $45 million to the United Nations Relief and Works Agency for Palestine Refugees in the Near East (UNRWA), which supports more than 5 million registered Palestinian refugees and their descendants.

In a series of tweets on January 2, Trump said that the US paid “the Palestinians hundreds of millions of dollars a year” and yet gets “no appreciation or respect.”

“But with the Palestinians no longer willing to talk peace, why should we make any of these massive future payments to them?” he asked. 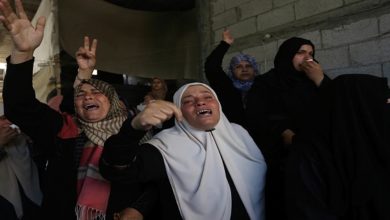