Hospitals in the Gaza Strip, already under-equipped because of Israel’s siege, are struggling to deal with an influx of people wounded in Tel Aviv’s bloody military crackdown on Monday’s mass protests, Press TV reports.

Israeli forces killed at least 62 Palestinians during protests near the Gaza fence on the eve of the 70th anniversary of the Nakba Day (the Day of Catastrophe), which coincided this year with the relocation of the US embassy from Tel Aviv to the occupied city of Jerusalem al-Quds.

Dozens of the wounded are still in serious or critical condition due to the severity of their injuries.

“Monday was one of the bloodiest days in recent years and hospitals in Gaza received closed to 3,000 injured protesters and dozens of them have died,” Ayman al-Sahabani, head of the emergency department in Shifa hospital told Press TV.

“Shifa hospital received the largest number of the injured, and we are struggling to deal with them and we can’t handle such number of injuries,” he said.

The protests in Gaza were part of the “March of Return,” which first began on March 30 with the aim of condemning Israel’s occupation and demanding their right to return.

Many of the wounded were shot by snipers and live ammunition.

“I was demonstrating to demand the right of return. I was not carrying any weapon not even a rock in my hand,” said a patient, who was shot by an Israeli sniper and wounded in both legs during Monday’s protest.

“We are dealing with an army of cowards who target innocent civilians” he said.

Palestinian human rights organizations have accused Israel of committing war crimes against peaceful demonstrations, saying the occupying regime “must be held accountable for its violations of international laws and norms and its acts that amount to war crimes.”|

The occupied territories have witnessed new tensions ever since US President Donald Trump on December 6, 2017, announced Washington’s recognition of Jerusalem al-Quds as Israel’s “capital” and said the United States would move the US embassy to the city.

The dramatic decision triggered demonstrations in the occupied Palestinian territories and elsewhere in the world.

The status of Jerusalem al-Quds is the thorniest issue in the decades-long Israeli-Palestinian conflict.

The Palestinians see East Jerusalem as the capital of their future state. 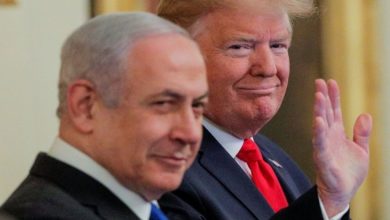 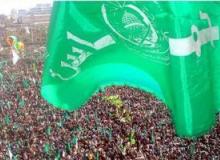 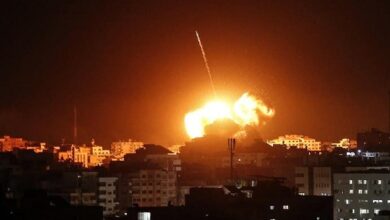