The head of the political bureau of the Palestinian Hamas resistance movement, Ismail Haniyeh, has vowed that his group will leave no stone unturned to find out the circumstances behind the assassination of a Palestinian lecturer and electrical engineer in Malaysia.

“Those who assassinated Fadi Mohammad al-Batsh will pay a heavy price for their horrendous crime,” Haniyeh told the Palestinian Information Center news website in an exclusive interview.

He then held the Tel Aviv regime and Israel’s spy agency Mossad responsible for Batsh’s murder.

“Batsh was among Palestine’s best representatives, thanks to his knowledge, work, professionalism, creativity and inventions. He had offered valuable services to Palestinians, Malaysians, and the entire Muslim world,” the Hamas leader pointed out.

Malaysian police said on Saturday that 35-year-old Batsh was shot dead by two gunmen on a high-powered motorcycle near his home at Idaman Puteri condominium in the capital Kuala Lumpur.

“The suspect fired 10 shots, four of which hit the lecturer in the head and body. He died on the spot,” the official Bernama news agency quoted Kuala Lumpur police chief Mazlan Lazim as saying.

Mazlan said a recording of a closed-circuit television camera near the scene showed the two assailants waited for about 20 minutes for the Palestinian lecturer to arrive.

Batsh was a vocal supporter of the Palestinian cause on social media. He had shared many tweets supporting the Great March for Return, and had also voiced his sympathy for slain Palestinian journalist Yaser Murtaja.

Israeli agents are widely believed to have killed numerous Palestinian resistance activists overseas in the past.

Palestinian drone expert Mohamed al-Zawari was killed in his car by multiple gunshots in front of his house in the town of El Ain, located seven kilometers north of Sfax, Tunisia, on December 15, 2016.

The Ezzedinne Qassam Brigades, the armed wing of the Palestinian Hamas resistance movement, blamed Israel for the killing, noting that Zawari had been a member of the group for 10 years and had been supervising its drone program.

Mahmoud Abdel Rauf al-Mabhouh, a senior Hamas military commander and one of the founders of the Qassam Brigades, was assassinated by Mossad agents at Al Bustan Rotana hotel in Dubai, the United Arab Emirates, on January 19, 2010. 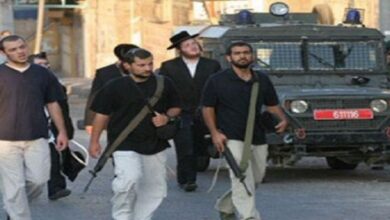