European diplomats are holding Israel accountable over scandalous attack on an EU humanitarian convoy by Israeli forces in the West Bank.

So far Tel Aviv has left the scandal in limbo, offering no official explanation for the incident.
After disturbing photos of the French diplomat, Marion Fesneau-Castaing, spread on the ground with Israel forces standing around her hit international news, the scandal over hijacked EU aid to homeless Bedouins from demolished villages in the West Bank has gained momentum.
On Friday, Israeli soldiers manhandled the diplomats and seized a truck loaded with tents and emergency aid, which they were trying to deliver to Bedouins in the village.
They threw sound grenades at the diplomats, who were being accompanied by some aid workers and local people.
Diplomats from several EU countries have already spoken out against the shocking incident of harassing a person with diplomatic immunity.
â€œEU representatives have already contacted the Israeli authorities to demand an explanation and expressed their concern at the incident,â€ says a statement issued by the spokesmen for EU foreign policy, Catherine Ashton and Humanitarian Aid Commissioner, Kristalina Georgieva.
An EU official described the Israeli actions as â€œshocking and outrageousâ€, the BBC reported.
The British Consulate General in Jerusalem (al-Quds) is â€œconcerned at reports that the Israeli military authorities have prevented the affected community from receiving humanitarian assistance,â€ the consulateâ€™s spokesman said.
â€œWe have repeatedly made clear to the Israeli authorities our concerns over such demolitions, which we view as causing unnecessary suffering to ordinary Palestinians, as harmful to the peace process and contrary to international humanitarian law,â€ the spokesman added.
The Israeli authorities should â€œlive up to their obligations as occupying power to protect those communities under their responsibility,â€ the UN Humanitarian Coordinator James Rawley said.
The incident becomes yet another page in the row between Brussels and Tel Aviv.
In July the EU announced it is going to stop all financial assistance to Israeli organizations operating in the occupied territories, starting from 2014.
The Israeli regime of Prime Minister Benjamin Netanyahu reacted angrily, denouncing the move as interference in Israel-Palestine relations and retaliated by blocking EU humanitarian aid to tens of thousands of Palestinians in the West Bank.
Israel and the Palestinian Autonomy remain in fruitless peace talks, with the major stumbling block being the ongoing construction of Israeli illegal settlements in the West Bank and East Jerusalem (East al-Quds), occupied since the 1967 Middle East war. 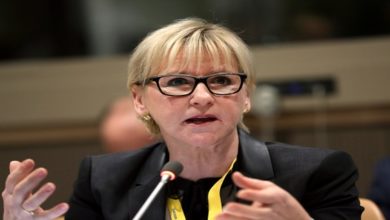 We have proud to recognize Palestine at the right time: Swedish FM 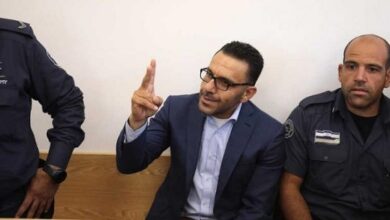 Hamas says to continue preparations for any battle with Israel