A security alert state was prevailed with a popular resentment in Bethlehem in the occupied Palestine as singer Asala Nasri visited the city to hold a concert there.

Political activists, members at the popular committee for defending Syria in the occupied Palestine raised placards condemning the singer’s suspicious visit, particularly as the Palestinian people reject normalization with the Israeli occupation and consider any Arab visitor as a traitor to Palestine as she enters Palestine with an Israeli visa.

“Those who sell their homeland are not welcome” one of the placards said… “It is not strange for those who normalize with the Israeli occupation to betray their land,” another placard said.

The most important attitude was occurred by members of the popular committee inside the hall when Nasri started to sing and the activists raised the Syrian flags and hailed Syria and its army.

This led to the embarrassment of Nasri who stopped singing and turned her back to her musical band in a sign for the security of Bethlehem to interfere as a number of men were arrested for several hours. 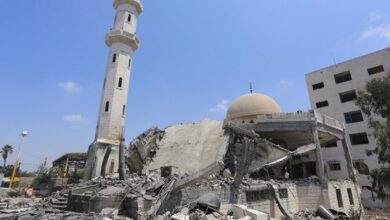