Israel has admitted that it harvested organs from the Palestinian martyrsâ€™ bodies in the 1990s, without permission from their families. An Israeli Knesset member said there is evidence showing that deceased Palestinians were stripped bare of their vital organs while in police custody in Tel Aviv. Â Â Israeli politician and leader of the Arab nationalist party, Ahmad Tibi, said on Saturday that a medical institution in Israel harvested appendages from the bodies of dead Palestinians in the 1990’s. The admission followed the release of a report that included an interview with the former head of Abu Kabir, Israel’s forensic institute, Yehuda Hiss, which proved Israel’s organ theft. The interview was conducted in 2000, when he said that workers at the institute had harvested skin, corneas, heart valves and bones from Palestinians from both 1948 territories and the West Bank and Gaza, and foreign workers. “We started to harvest corneas … Whatever was done was highly informal. No permission was asked from the family. And the skin went to a special skin bank, founded by the military, for their uses”, such as for burns victims,” he added. The report also included a military statement that said: “This activity ended a decade ago and does not happen any longer.” Israel’s health ministry said in the report that at the time the guidelines for transplants “were not clear” and that for the last 10 years “Abu Kabir has been working according to ethics and Jewish law”. Al-Manar TV reported. Earlier in August, the Swiss Aftonbladet newspaper ran an article saying that the Israeli army had stolen body organs from Palestinian men after killing them. But the Israeli Foreign Ministry reacted with anger to the report, calling it “a grotesque libel to incite anti-Semitic sentiment.” The report said that Israeli soldiers were snatching and killing Palestinian men to harvest their organs for sale on the black market. It shed light on the case of Bilal Ahmed Ghanem, a 19-year-old Palestinian man, who was martyred in 1992 by Israeli forces in the West Bank village of Imatin. Donald Bostrom, the journalist who broke the story in Aftonbladet, said in his report that Ghanem’s body was then abducted and returned several days later by the Israeli military with a cut from the stomach to the neck that had been badly stitched up. The incident raised tensions when Sweden refused to apologize for the article, saying that press freedom prevented it from intervening. According to Knesset Member Muhammad Baraka there are more than 600 Palestinians’ bodies buried in what Israel calls “the numbers graveyard”. Experts suggest that Israel might have harvested organs from the 600 Palestinians whose bodies have fully decomposed. 22.12.2009 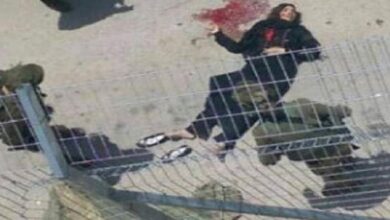