US President Donald Trump’s senior advisor and son-in-law has held separate talks with Israeli and Palestinian leaders during a trip to the Israeli-occupied territories to help resume the so-called peace process between the two sides.

The White House said in a statement Jared Kushner along with Trump’s Middle East envoy Jason Greenblatt held “productive” talks with Israeli Premier Benjamin Netanyahu and Palestinian President Mahmud Abbas on Wednesday in an attempt to broker a deal to revive the Israeli-Palestinian talks that stalled backin 2014.

US Ambassador to Israel David Friedman also took part at the meeting with Netanyahu.

“The three United States officials discussed Israel’s priorities and potential next steps with Prime Minister Netanyahu,” the White House said in a statement.

Greenblatt and Kushner had accompanied Trump in his first visit as president to the occupied Palestinian territories in May.

The two US officials, along with US Consul General Donald Blome, also met Mahmud Abbas and his senior advisors in the West Bank city of Ramallah.

According to a White House official, Greenblatt and Kushner are expected to visit the region multiple times in the coming months as part of the US bid to mediate between the Israeli and Palestinian sides.

The visit came just after Israel started building its first new settlement in the West Bank in 25 years in defiance of the international law and the latest UN Security Council resolution against the illegal move.

Since 1992, Israel’s settlement construction in the occupied territories has involved expansion of the existing outposts, increasing the number of illegal Israeli settlers from 20,000 to 700,000.

The expansion of illegal settlements has been a major hurdle in the way of the so-called peace talks, which opened between Israel and the Palestinian Authority under the Oslo Accord in 1993.

The Palestinian Authority wants the West Bank as part of a future independent Palestinians state, with East Jerusalem al-Quds as its capital.

According to data released by Israel’s Central Bureau of Statistics on Monday, expansion of the illegal settlements in the West Bank soared by 70 percent between April 2016 and March 2017.

Since Trump’s inauguration in January, the regime in Tel Aviv has stepped up its construction of settler units on occupied Palestinian land.

In his last month’s visit to the occupied territories, Trump reportedly urged Netanyahu to hold back on such controversial projects, which could further cloud chances of Trump’s “ultimate deal” for a so-called two-state solution. 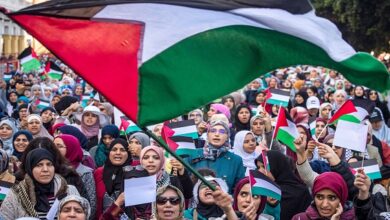 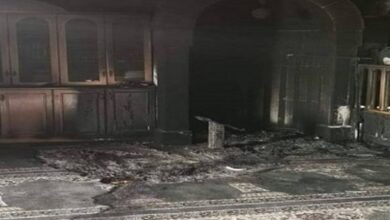 Israeli settlers set fire to a mosque in al-Bireh